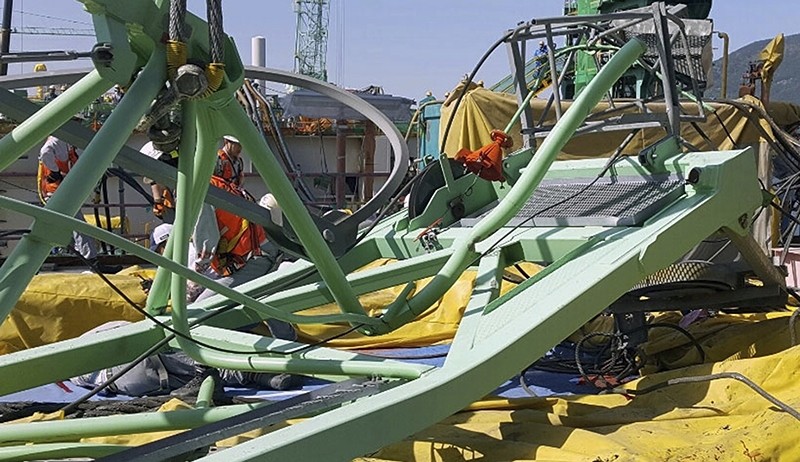 Five people died and about 20 were injured when a crane collapsed at a Samsung Heavy Industries shipyard in South Korea during construction of an oil platform for French energy company Total, the two companies said on Monday.

The yard in Geoje is building the platform for Total's Martin Linge field off Norway.

Total's Norwegian subsidiary said none of its employees were among the killed or injured in the accident which took place at 0745 CET (0545 GMT).