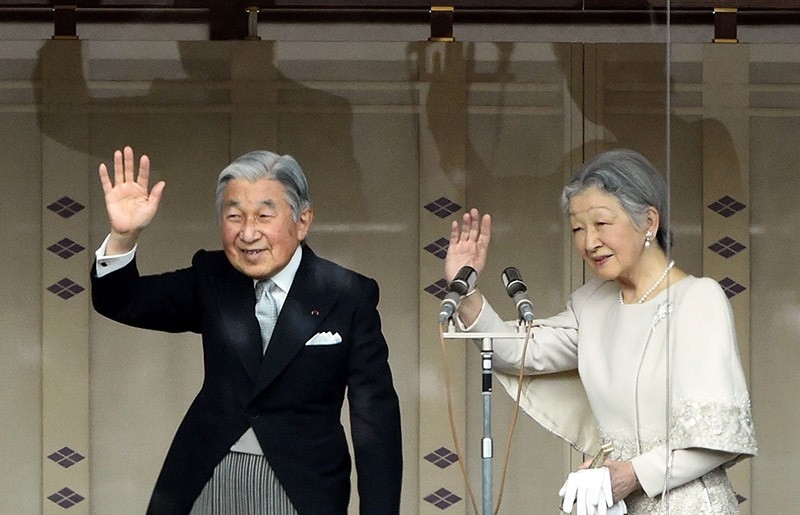 | AFP Photo
by Compiled from Wire Services May 19, 2017 12:00 am
The Japanese government on Friday approved a one-off bill allowing ageing Emperor Akihito to step down from the Chrysanthemum Throne, in the first such abdication in two centuries.

The bill will be sent to the parliament for approval before it can enter into force, while the actual abdication is expected to take place on January 1, 2019.

In a rare televised address to the nation last August, the emperor, who has had health issues such as prostate cancer, indicated that at 83, he was not sure he would be able to continue to perform his duties for much longer.

Under the current Imperial Household Law, there is no provision permitting the emperor to abdicate. This is true even though before the modern era, it was common for emperors to retire although they often wielded power from behind the scenes.

The new law, however, applies only to the sitting monarch and does not address the issue of future emperors. The conservative government of Prime Minister Shinzo Abe is reluctant to open the imperial system to wide-ranging debate.

The status of the emperor is highly sensitive in Japan given its 20th century history of war waged in the name of Akihito's father Hirohito, who died in 1989.

Revered as a demigod before and during the conflict, Hirohito was reduced to a mere figurehead as part of postwar reforms.

Akihito has won plaudits for seizing upon the constitutionally-prescribed role of national symbol and there is wide sympathy for his wish to retire.

He has been treated for prostate cancer and also had heart surgery. And though he has cut back on some of his duties, he still maintains a busy official schedule, including occasional overseas visits.

A majority of the Japanese public supports a permanent law on abdication and they have also expressed support for the current bill to help enable Akihito's smooth transition from the throne.

"He hasn't had a way to retire, but I think he should be able to and enjoy his golden years," 75-year-old Seio Ichijo told AFP as he strolled outside the Imperial Palace with his wife.