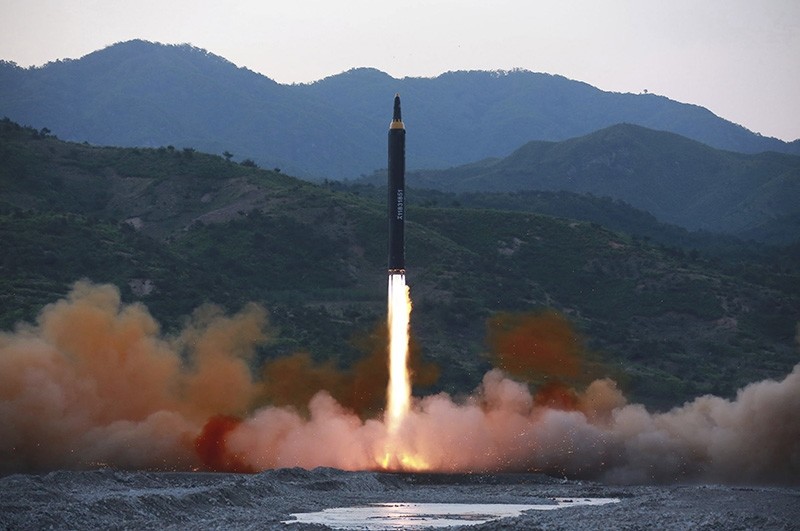 The South's Joint Chiefs of Staff said it could not yet identify the type of missile fired from Pukchang in South Pyongan province but it traveled about 500 km (311 miles).

"Our military is closely monitoring signs for additional provocation by the North Korean military and we are keeping a full military readiness," a statement said.

The Hwasong-12 intermediate-range missile fired on May 14 flew some 700 km -- further than any previous North Korean ballistic missile -- and according to Pyongyang could carry a nuclear warhead.

Analysts said it represented a significant step forward in the North's weapons capabilities as it accelerates efforts to develop an intercontinental ballistic missile (ICBM) capable of delivering a nuclear warhead to the continental United States.

The launches, and a threatened sixth nuclear test have fuelled tension with the administration of US President Donald Trump, who has vowed that such an ICBM launch "won't happen".

Pyongyang has long had missiles that can reach targets across the South and Japan.

With an imputed range of 4,500 kilometres the Hwasong-12 also puts US bases on the Pacific island of Guam within reach.

The UN Security Council met behind closed doors last Tuesday to discuss tightening sanctions on North Korea after its May 14 launch.

US Ambassador Nikki Haley said the United States was working with China, Pyongyang's main ally, on a new sanctions resolution and warned that all countries must step up action against North Korea or face measures themselves.

"We all have to send a sign to North Korea, and that is: 'No more. This is not play time. This is serious. These threats are not welcome'," Haley told reporters ahead of the meeting.

"If you are a country that is supplying or supporting North Korea, we will call you out on it," Haley said.

The North says it needs missiles and nuclear weapons to deter any attack by the United States.

"If the U.S. persists in confrontation with the DPRK (North Korea), the latter will show how the crime-woven history of the U.S. is put to an end," it said.

"Many more 'Juche weapons' capable of striking the US will be launched from this land. This is the DPRK's answer to the Trump administration," it said, referring to the national philosophy of "Juche" or self-reliance.