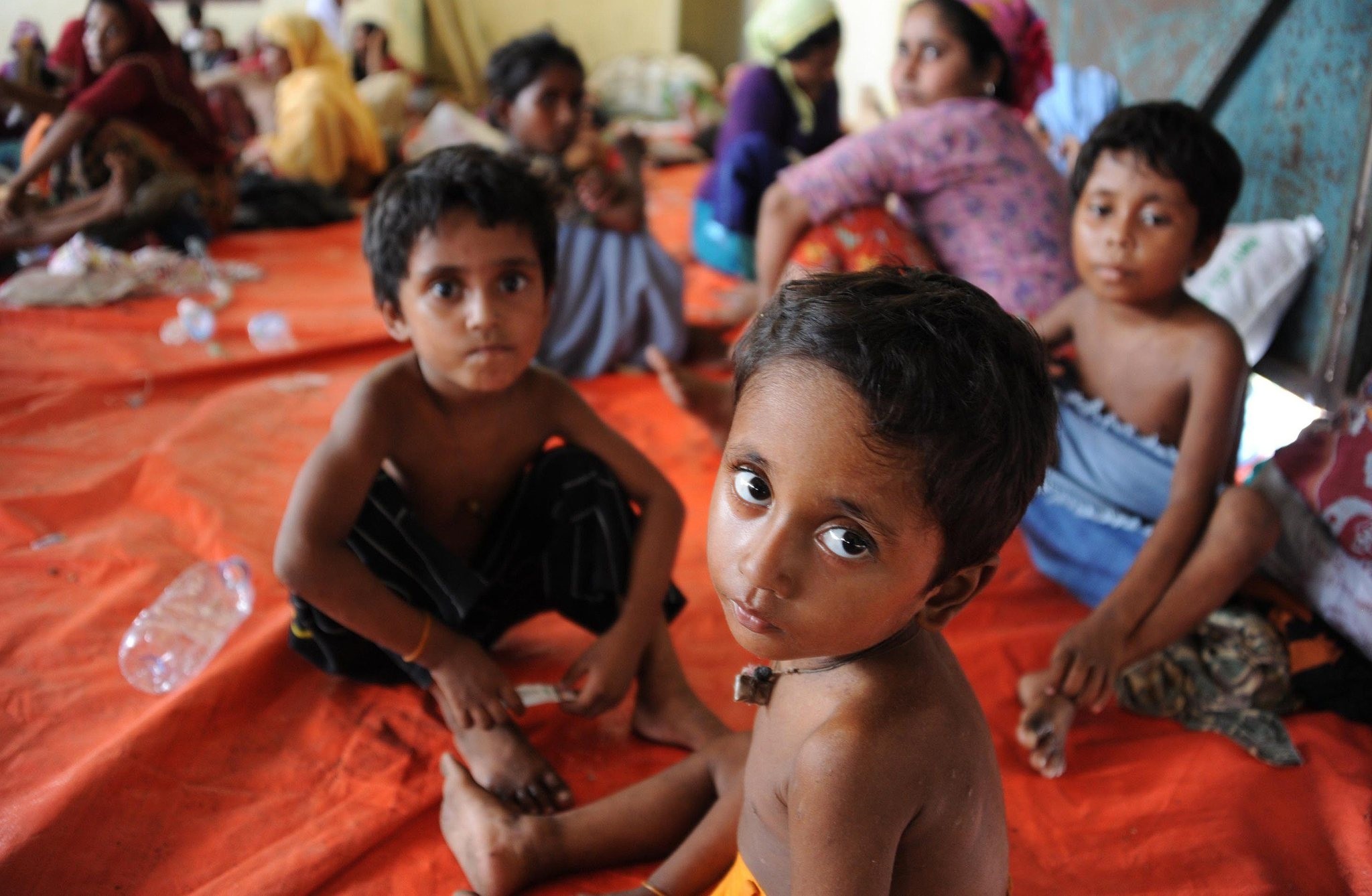 A group of rescued migrant children, mostly Rohingya from Myanmar and Bangladesh, sit upon their arrival in the fishing town of Kuala Langsa on May 15, 2015. (AFP Photo)
by Daily Sabah May 23, 2017 12:00 am

UNICEF demanded Tuesday intensified efforts from Myanmar's government to protect children of the Muslim Rohingya community from violence and abuse as well as ensure that their humanitarian needs are met.

The U.N. Children's Fund released a report in which it called for improved humanitarian access to an estimated 2.2 million children, including Rohingya, affected by violence, and for an end to rights violations including the use of children as soldiers.

"UNICEF calls for Government of Myanmar to address the long-term deprivations faced by children in Rakhine State through adequate development plans to improve quality and coverage of basic social services for all children in Rakhine," UNICEF's report said.

The report also demanded to revoke the movement restrictions imposed on ethnic and religious groups in Rakhine State, "to allow all to earn a livelihood, and access health care and education."

The Rohingya are a Muslim ethnic group living mainly in Myanmar. Rohingyas are thought to be descendants of Muslim traders who settled there more than 1,000 years ago. As of the end of 2016, approximately 1.3 million Rohingyas have been living in Myanmar and about 300,000 to 500,000 are living in Bangladesh.