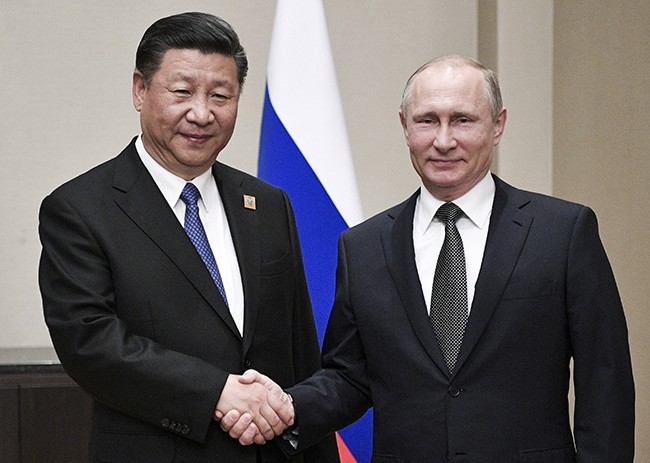 Russia's President Vladimir Putin and Chinese President Xi Jinping have hailed close ties between the two nations during their meeting on the sidelines of a summit of an alliance dominated by Moscow and Beijing.

The two leaders are attending the summit of the Shanghai Cooperation Organization, or SCO, which also includes India, Pakistan and several ex-Soviet Central Asian nations.

Welcoming Xi at the start of Thursday's talks in Kazakhstan's capital Astana, Putin said the Chinese leader's visit to Russia later this year would be a "major event."

Xi in turn hailed the "strategic" China-Russia ties, saying that "our cooperation and mutual support have a great global significance."

The SCO was founded in Shanghai in 1996 as a counterweight to Western alliances. The organization is composed of China, India, Kazakhstan, Kyrgyzstan, Pakistan, Russia, Tajikistan and Uzbekistan.

India and Pakistan were the last ones to join in 2015, but Astana meeting is their first summit as full-fledged members.