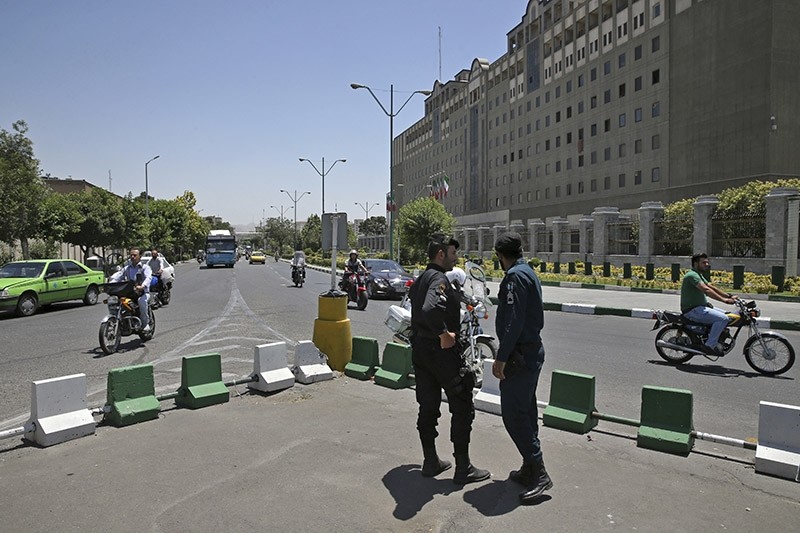 The five men who carried out twin attacks in Tehran were Iranians who joined the Daesh terror group in Iraq and Syria before returning last summer, the intelligence ministry said Thursday.

"The five known terrorists... after joining the Daesh terrorist group, left the country and participated in crimes carried out by this terrorist group in Mosul and Raqqa," the ministry said in a statement.

The statement indicates only five people carried out Wednesday's twin attacks, rather than six originally reported.

It identified the men only by their first names, saying they didn't want to release their last names due to security and privacy concerns for their families.

The ministry also published pictures of their corpses.

"We are focused on intelligence" gathering, he said.

The state-run IRNA news agency also reported Thursday that the death toll in the attacks had risen to 17 people killed, citing Ahmad Shojaei, the head of the country's forensic center.

The attack Wednesday as lawmakers held a session in parliament and at the shrine of Ayatollah Ruhollah Khomeini shocked Iranians who so far had avoided the chaos that has followed the Daesh terror group's rise in Syria and Iraq.

The violence began in midmorning when assailants with Kalashnikov rifles and explosives stormed the parliament complex where a legislative session had been in progress. The siege lasted for hours, and one of the attackers blew himself up inside, according to Iran's state TV.

Images circulating in Iranian media showed gunmen held rifles near the windows of the complex. One showed a toddler being handed through a first-floor window to safety outside as an armed man looked on.

As the parliament attack unfolded, gunmen and suicide bombers also struck outside Khomeini's mausoleum on Tehran's southern outskirts. Khomeini led the 1979 Islamic Revolution that toppled the Western-backed shah to become Iran's first supreme leader until his death in 1989.

Iran's state broadcaster said a security guard was killed at the tomb and that one of the attackers was slain by security guards. A woman was also arrested. The revered shrine was not damaged.

Police on Thursday said they now held six suspects as part of their investigation into the attacks.

Reza Seifollahi, an official in the country's Supreme National Security Council, was quoted by Iranian media as saying that the perpetrators of the attacks were Iranian nationals. He did not elaborate.