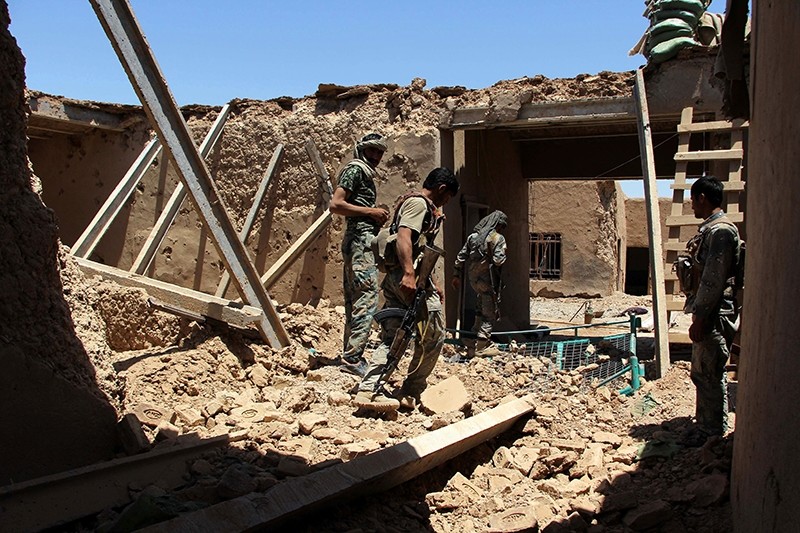 At least two members of the Afghan Border Police (ABP) were killed by U.S. friendly fire that also killed some 17 Taliban terrorists in southern Afghanistan, officials said on Saturday.

On Saturday morning, some local media were reporting the death of up to 10 border police in the southern Helmand province from a U.S. airstrike a day earlier. Later in the day, however, Umer Zwak, spokesman for the provincial governor, told Anadolu Agency that in fact two ABP officers had been killed by a U.S. airstrike as they were fighting Taliban terrorists in the Naad-e-Ali area.

"The incident occurred in the Loy Bagh and Dwa Lari area of the district. We are investigating the incident," he said.

Confirming the incident, U.S. Forces Afghanistan also promised a probe to determine the specific circumstances that led to the incident.

"We would like to express our deepest condolences to the families of the ABP members affected by this unfortunate incident," it said in a statement.

Such deadly incidents of friendly fire and civilian casualties in Afghanistan risk seriously undermining the credibility of the nascent Afghan forces as well as their international allies, particularly the U.S.

Last September U.S. forces hit a residential compound in eastern Nangarhar province where according to locals, civilians had gathered to welcome a local elder from the Hajj pilgrimage. Eighteen people were killed in the attack.

This was followed by more deadly air raids by U.S. and Afghan forces in northern Kunduz province in November, where officials confirmed the death of some 30 civilians, including women and children.

In October 2015, a U.S. Air Force AC-130U gunship attacked the Kunduz Trauma Centre operated by Doctors Without Borders, killing at least 42 people, including medical staff, and wounding over 30.