At least 20 killed by heavy monsoon floods in India 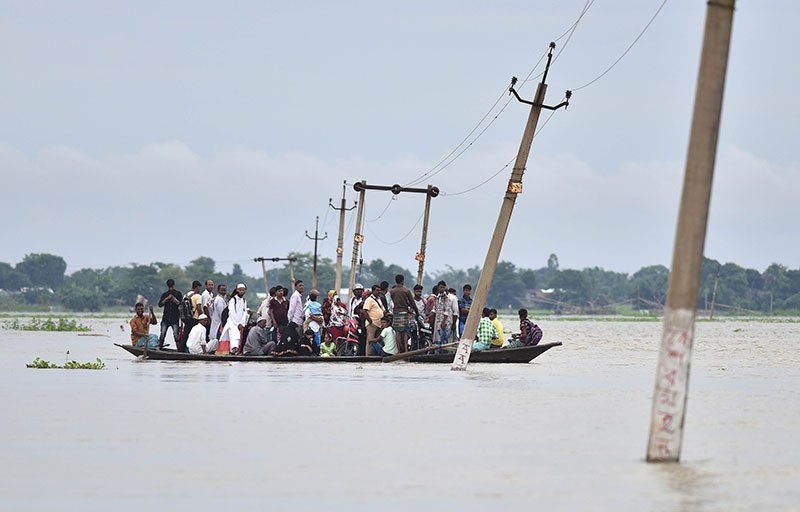 Indian villagers travel by boat through floodwaters in Balimukh Ashigarh village in Morigoan district, in India northeastern state of Assam, on July 4, 2017 (AFP Photo)
by Associated Press Jul 05, 2017 12:00 am

Heavy rains since the start of India's monsoon season have triggered floods and landslides in parts of India's remote northeastern region, causing at least 20 deaths.

The Brahmaputra River was flowing above the danger level, swelled by the heavy rain in the past two weeks.

Nearly 400,000 people have left their flooded homes in 750 villages across nearly half of Assam state's 27 districts. Most of them were living on nearby river embankments or higher ground, the authority control room said Wednesday.

The monsoon season runs from June through September, and deadly floods regularly occur.