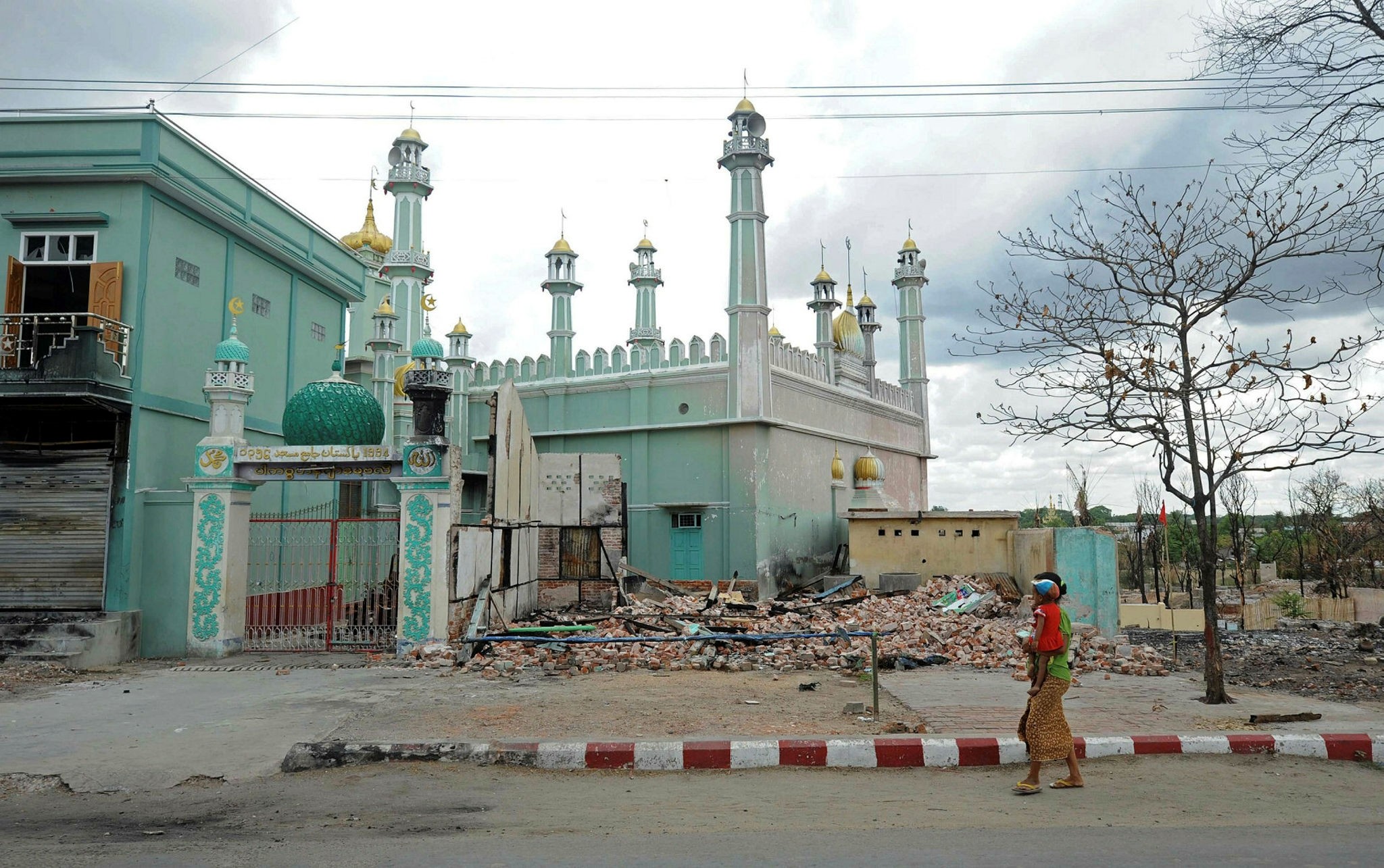 Myanmar police said Tuesday they were searching for several people who attacked a Muslim man in the central city of Meiktila.

The man was hospitalized after a crowd threw stones at his home late Monday. The dispute was reportedly sparked after a Buddhist couple who wanted to buy his land overheard him discussing religion.

Nationalist groups have been blamed for waves of religious riots across the country in recent years.

Deadly anti-Muslim riots claimed at least 40 lives in Meiktila in 2013, and tensions between the Buddhist majority and Muslim minority have remained high.

"We are searching for the attackers," Moe Nyo, a local police officer, told dpa.

But the officer dismissed accounts of a religious motivation: "It was just a problem, not religious tension."

Muslims also face many human rights violations in the Asian country. Rohingya Muslims have long been denied citizenship, freedom of movement and basic rights in Myanmar, where they are often seen as illegal immigrants from neighboring Bangladesh.

U.S. Ambassador to the United Nations Nikki Haley urged the Myanmar government earlier on the same day to cooperate with a human rights fact-finding committee tasked with investigating allegations of atrocities.

"No one should face discrimination of violence because of their ethnic background or religious beliefs," said Haley in a statement.

Tens of thousands of Rohingya Muslims fled to neighboring Bangladesh following brutal "clearance operations" by the Myanmar army in October, during which hundreds of women were allegedly raped.