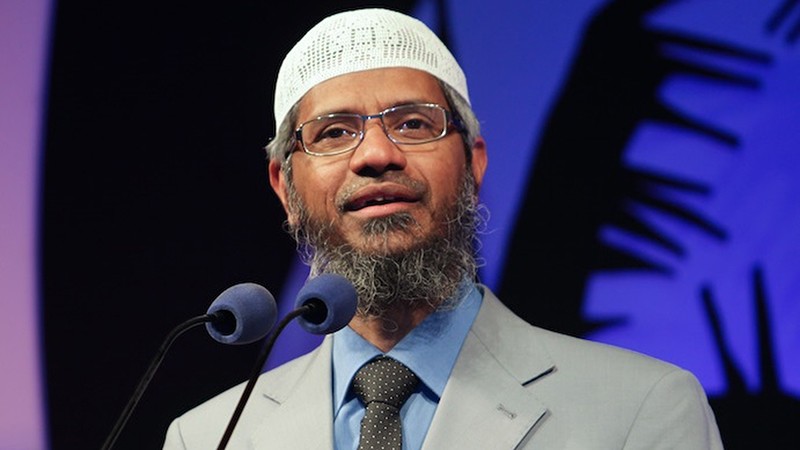 Naik is well-known in various countries for his expertise in debating on Islamic issues. He has about 16 million followers on Facebook and has delivered close to 4,000 lectures on Islam in many countries.

His programs on Peace TV, which he founded in 2006, were very popular among Indian Muslims; the channel was banned by the government last year.

The National Investigation Agency had made a request a few days back to revoke Naik's passport, an official statement said.

"The Regional Passport Office, Mumbai, has revoked the Indian passport of Dr. Zakir Abdul Karim Naik, resident of B-1005/1006 Jasmine Apartment, 65-B, Dockyard Road, Mazagaon, Mumbai, under the provisions of the Passport Act 1967," it said.

The 51-year-old had failed to respond to a show cause notice issued to him for a personal appearance by July 13 after which the passport office took action against him, it added.

After the terror attack in the Bangladeshi capital Dhaka last year, the federal agency had filed a case against the preacher and his Mumbai-based nongovernmental organization, the Islamic Research Foundation.

Problems for Naik began in India after authorities in Bangladesh said one of the gunmen responsible for the deadly attack at a popular Dhaka cafe had allegedly been inspired by the preacher. The attack had left 22 people dead, mostly foreign nationals.

Naik was not in India at the time the alleged link to him was established and has since then not returned to the country to evade possible arrest on various charges.

Last year, the Indian government had canceled the license of his NGO and educational trust, and declared it as a terror outfit.

"Zakir Naik, the president of IRF and his associates have been promoting enmity and hatred between different religious groups in India through his public speeches and lectures on various platforms, and inciting Muslim youths and terrorists in India and abroad to commit unlawful activities and terrorist acts.

"These activities of Dr. Zakir Naik and his associates are causing disaffection against the government and are prejudicial to the maintenance of harmony among various communities and likely to disturb the public tranquility," the federal agency had said in a statement after registering a case against him.

Some Indian media reports suggest that Naik was granted citizenship of Saudi Arabia. However, no one knows for sure where he is at present.

Naik has previously denied all allegations against him. No one from Islamic Research Foundation was available to comment on revocation of Naik's passport.