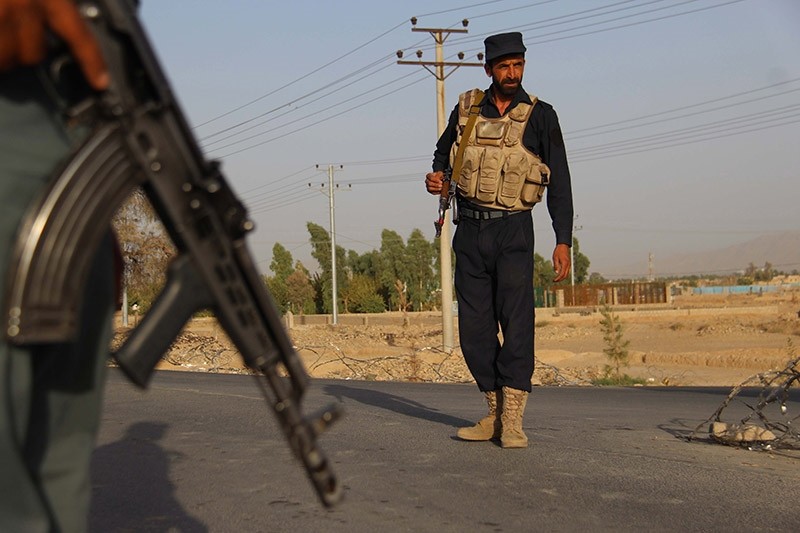 Taliban fighters overran a second district headquarters in as many days on Sunday, this one in western Ghor province, the provincial police chief said.

At least eight police were killed in separate battles against Taliban militants, who have stepped up their attacks in the north and west of the country laying siege to district headquarters, said Mohammad Mustafa Moseni.

Moseni said the Taliban launched four assaults on Ghor's Taywara district headquarters early Sunday and "we had no choice but to retreat." He said police have taken up positions about 8 kilometers (5 miles) from the district headquarters while they wait for reinforcements to launch a counterattack.

He said he received reports that they killed four or five patients.

The area is remote and telephone communication is sporadic, he told The Associated Press in a telephone interview from the provincial capital of Ferozkoh. He said Taliban entered the 20-bed hospital early Sunday. It's believed all the dead are military or police personnel, he said.

The Taliban, in a statement to the media, announced the capture of Taywara district headquarters. The statement, however, said 46 Afghan government security forces were killed. The Associated Press could not independently verify either death toll.

Government offices as well as the police headquarters were located inside the compound, he said.

In recent days, Taliban have launched dozens of attacks in northern Afghanistan, temporarily closing a key highway between the capital Kabul and northern Afghanistan. The attacks reflect the Taliban's efforts to apply pressure on government troops and police across the country and not just in their strongholds in the south and east of Afghanistan.