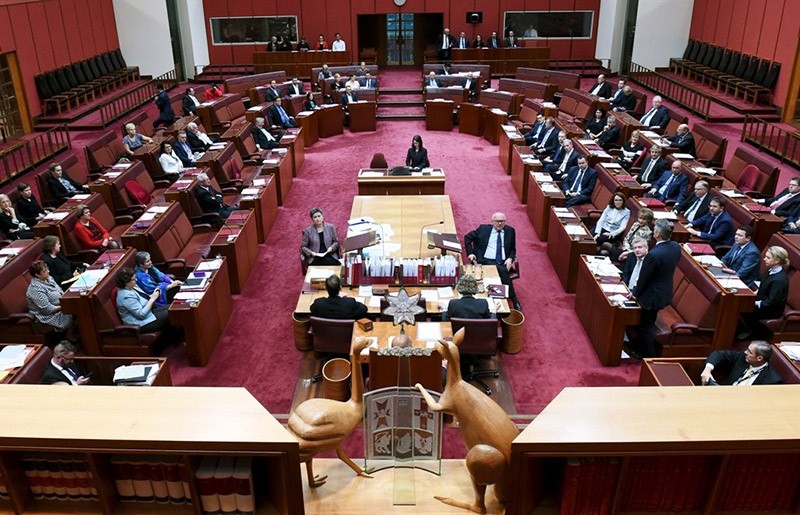 An Australian government minister quit the Cabinet on Tuesday after his mother told him he might be Italian and therefore ineligible to be a lawmaker.

Resources Minister Matt Canavan's shock announcement that the Italian government lists him a citizen followed the resignations this month of two senators who discovered days apart that they had technically never been elected because there were dual citizens.

Australia's constitution states that a "citizen of a foreign power" is not eligible to be elected to Parliament.

Canavan said his mother contacted him last week with news that he might be Italian after publicity surrounding the resignations of the minor Greens party's co-deputy leaders Scott Ludlam and Larissa Waters. Ludlam was born in New Zealand and Waters was born in Canada, but they had not realized that they had retained the citizenship of those countries, which they had left as young children.

Canavan's predicament is embarrassing for Prime Minister Malcolm Turnbull, who had ridiculed the Greens over their bungled screening of candidates and could force a Cabinet reshuffle.

It also amplifies calls for changes to a section of the constitution penned in the 19th century that has ousted four senators since the last election a year ago and threatens two other parliamentary careers.

"I've not been able to obtain definitive legal advice as to whether my registration as an Italian citizen without my knowledge or consent was valid under Italian law," Canavan told reporters. "I am seeking to obtain that advice at present."

Canavan has resigned his portfolios but has not quit the Senate until the Italian citizenship is settled.

A parliamentary committee recommended in the 1990s a referendum to amend Section 40 of the constitution that stipulates vague and complex circumstances in which Australians are disqualified from sitting in Parliament. But no referendum resulted.

Attorney General George Brandis said his preliminary view was that the Italian citizenship gained without Canavan's consent did not breach the section, but the High Court would decide.

Since the last election, a senator has quit because his indirect ownership of a building in which the government leased his office breached the section because he was deemed to have had a pecuniary interest in the government contract. The High Court fired another senator who had breached the section twice by being bankrupt and having a criminal record for stealing the keys from a tow truck to prevent his truck from being repossessed three years ago.

A government lawmaker in the House of Representatives faces disqualification by the High Court because a shop in a retail mall he owns has a postal service contract which the opposition argues amounts to a pecuniary interest in a government contract.

Ludlam and Waters' senate seats will be filled by a recount of votes at the last election. Waters' seat will likely pass to Greens candidate Andrew Bartlett. But lawyers argue he might be disqualified because working for one day a week at a government-owned university could qualify as a pecuniary interest in a government contract.