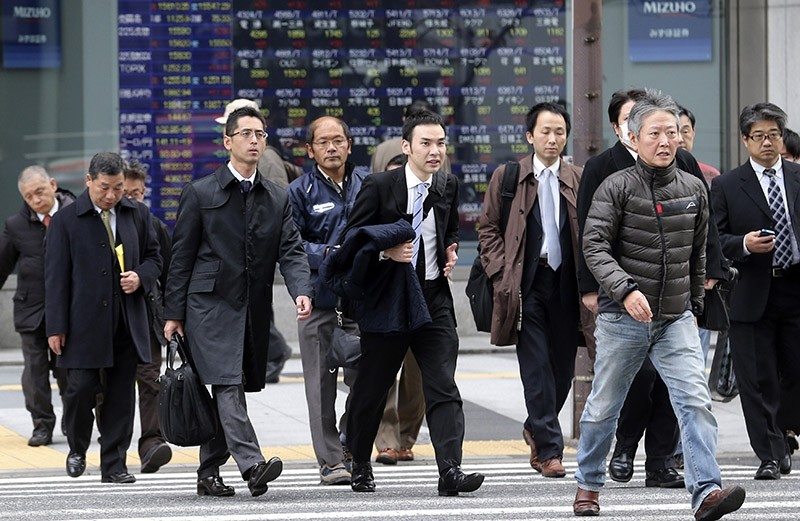 Japan aims to cut suicides by 30 percent over 10 years, with the government Tuesday approving a plan which seeks to curb extreme work hours seen as contributing to one of the world's highest suicide rates.

Japan has the highest suicide rate among Group of Seven (G7) advanced countries and the government describes the situation as "critical" in a country where more than 20,000 people kill themselves every year.

The government in the plan cited measures taken nationwide over that time as being behind the drop.

The plan, approved at a cabinet meeting Tuesday, is reviewed every five years. The first one came in 2007.

It states that the government will push further for measures against work-related suicides, saying that cutting extreme work hours and preventing harassment by bosses are necessary.

Tokyo is ramping up efforts to tackle deaths from overwork following the suicide of a young employee at Japan's biggest advertising agency Dentsu, who regularly logged more than 100 hours of overtime a month.

The death of Matsuri Takahashi in 2015 generated nationwide headlines, prompting the government to come up with a plan asking employers to limit overtime to a maximum of 100 hours per month. But critics say this is still too high.

The labour ministry in May released its first nationwide employer blacklist, naming-and-shaming more than 300 companies including Dentsu, for illegal overtime and other workplace violations.