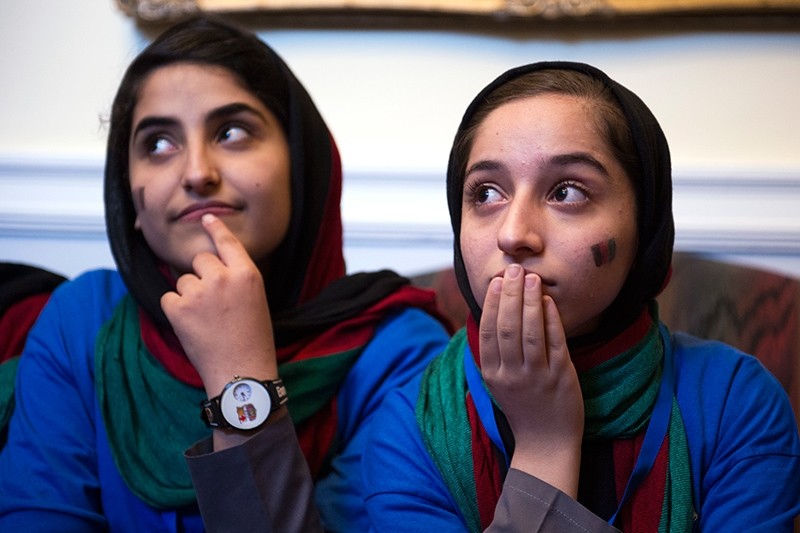 Father of the captain of the now world-famous all-girl Afghan robotics team was killed Tuesday in the Daesh-claimed attack on a Shiite mosque in Herat.

The robotics team caught the world's attention after twice being denied visas to enter the U.S. for a competition.

According to the team's coach, Fatemah Qaderyan's father succumbed to injuries he obtained during the attack.

"[Fatemah] is very angry and is not eating or speaking to anyone, she is going through a very difficult time," the coach told Al Jazeera.

U.S. authorities had twice refused access to the team to participate in the science contest, decisions that followed implementation of stricter visa policies under President Donald Trump. But Trump urged a reversal of course following public outcry over the Afghan girls' inability to attend the event.

At the FIRST Global Challenge competition, the team won a silver medal for "courageous achievement." The award recognized teams that exhibited a "can-do" attitude even under difficult circumstances or when things did not go as planned.

A suicide bomber stormed into the largest Shiite Muslim mosque in Afghanistan's Herat province Tuesday night, opening fire on worshippers before blowing himself up, killing at least 29 and wounding dozens more.