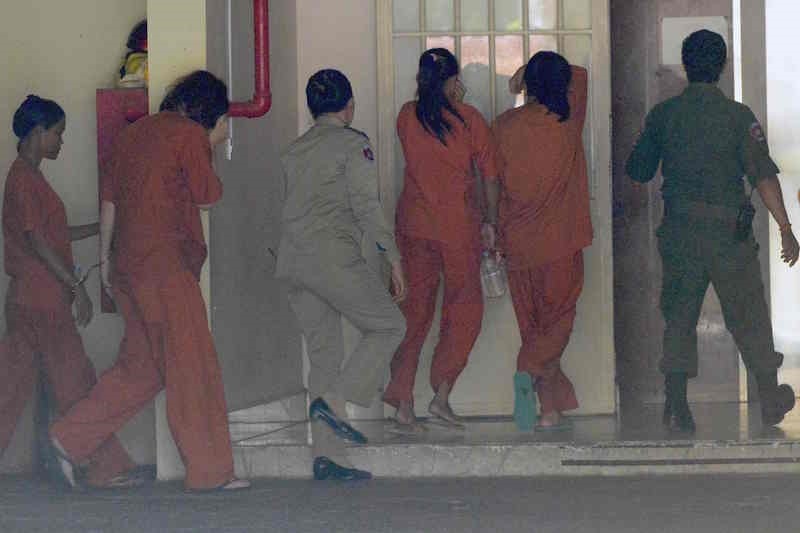 Tammy Davis-Charles was convicted by Phnom Penh Municipal Court Thursday for falsifying documents and acting as an intermediary in a commercial surrogacy operation. AFP Photo.
by Aug 03, 2017 12:00 am

A Cambodian court handed an Australian woman an 18-month sentence Thursday for falsifying documents and acting as an intermediary in a commercial surrogacy operation as "rent-a-womb" business booms in the country.

Davis-Charles worked on behalf of Families Through Surrogacy, an Australian-based non-profit organization that links surrogates with would-be parents.

The court heard evidence of Davis-Charles' work with 23 Cambodian surrogates, according to Judge Lina Sor.

Foreign parents were charged as much as 50,000 dollars for the service while surrogates received 10,000 dollars, according to local newspaper the Phnom Penh Post.

Davis-Charles allegedly paid a 400 dollar finder fee to an employee for finding potential surrogates and 700 dollars for a birth certificate.

It is not uncommon, however, in Cambodia to be charged unofficial payments or "processing fees" for documents and other services.

She also allegedly falsified birth certificates to make it easier for some of the children to leave the country.

She did not address the court following her sentencing but previously said she "denied most of the charges," according to Australian media.

A representative from the Australian Embassy in attendance in court declined to comment. Davis-Charles' family did not attend the sentencing.

Davis-Charles, a 49-year-old fertility expert, has been in prison since her arrest last November by Cambodian anti-trafficking police.

Commercial surrogacy previously operated in a legal grey zone in Cambodia as it was not banned outright until October 2016 when it came to the attention of the government.

The commercial industry arrived in the country two years ago after it was banned in Thailand, according to Sam Everingham, global director of Families Through Surrogacy.

He estimated that around 300 children had been born to international parents during that time in Cambodia.