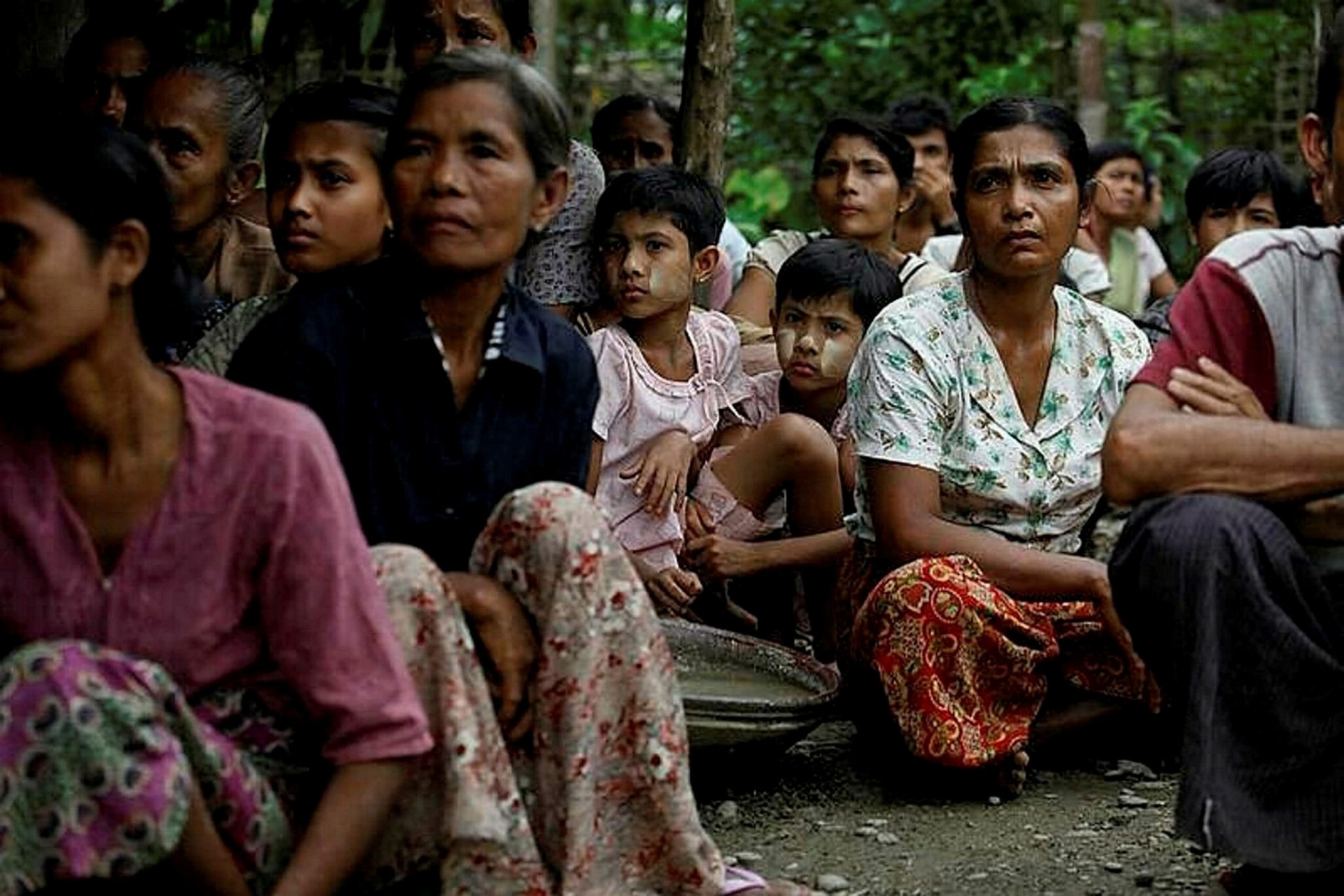 Rohingya Muslims sit in a temporary refugee camp after losing their homes during the violence in Thapyuchai village in the Rakhine state.
by Aug 03, 2017 12:00 am

Myanmar must protect the rights of its Rohingya Muslim minority, the chief of the Organisation of Islamic Cooperation (OIC) said on Thursday, urging the government to work with neighboring Muslim-majority countries to tackle a refugee crisis.

About 75,000 people have fled to Bangladesh after a military crackdown, with accompanying allegations of rape, torture and extrajudicial killings by security forces, followed an attack on a Myanmar border guard post on Oct. 9.

Aung San Suu Kyi's fledgling administration has denied most of the allegations and is refusing access to a United Nations panel of experts, saying its mission will aggravate the situation on the ground in the western state of Rakhine.

"Myanmar should sit with Bangladesh, Indonesia and Malaysia to find a roadmap for the solution of the crisis," said Yousef bin Ahmad Al-Othaimeen of the OIC, which represents 57 states and acts as the collective voice of the Muslim world.

"We call on the Myanmar government to ensure human rights for the Rohingyas," Othaimeen told reporters during a four-day visit to Bangladesh's capital of Dhaka.

"Myanmar can't deny the human rights of Rohingyas. We also call on the Myanmar government to ensure citizenship for the Rohingyas," he said.

In a separate meeting with Bangladesh's Prime Minister Sheikh Hasina, he said that a solution must be found through discussions between Buddhist leaders from Myanmar and Muslim leaders from Bangladesh.

"Religious leaders from both the countries should attend in such discussions to help solve the Rohingya issue," he said.

The prime minister reiterated her government's persistent plea that Myanmar take back its citizens. Almost 400,000 Rohingya refugees live in Bangladesh, she said.

Othaimeen is also expected to visit Rakhine Muslims in the Kutupalong camp and surrounding areas in the southern resort town of Cox's Bazar on Friday, Bangladeshi foreign ministry officials said.

Many in Myanmar see the Rohingya as illegal immigrants from Bangladesh, although about 1.1 million of them live in Rakhine state and say their roots go back generations.