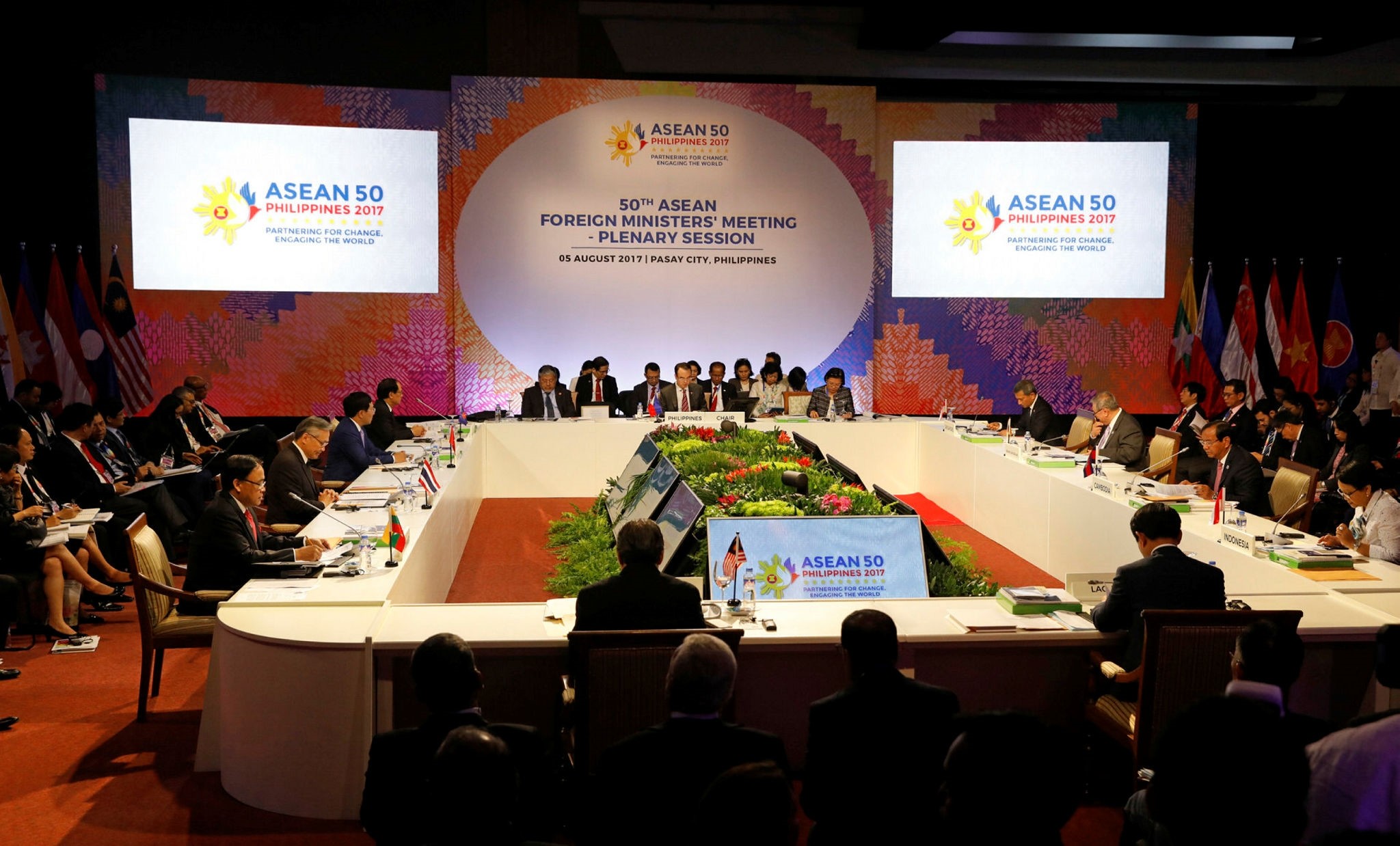 Taking a stronger tone than it has previously on the standoff, the Association of South East Asian Nations (ASEAN) called for North Korea to comply with United Nations Security Council resolutions on its nuclear programme, and make a positive contribution to regional peace.

The statement was issued separately, rather than included in ASEAN's customary communiqué at the end of the foreign ministers meeting.

"We strongly call upon (North Korea) as a participant of the ASEAN Regional Forum, to positively contribute to realise the ARF vision to maintain the Asia-Pacific as a region of lasting peace, stability, friendship and prosperity," said the ASEAN ministers meeting in Manila.

North Korea is determined to develop a nuclear-tipped missile capable of hitting the United States and officials in Washington say its latest test a week ago showed it may be able to reach most of the country.

China has urged calm and restraint from all countries involved in the standoff.

The ASEAN position is short of the tougher line on North Korea urged by the United States, which wants Southeast Asian countries to downgrade their relations with the already isolated nation.

ASEAN countries have argued that is difficult since its members do not have substantive ties with North Korea.

Philippine Foreign Secretary Alan Peter Cayetano, who is chairing the Manila meetings, said on Friday ASEAN would not consider expelling North Korea from the ARF. He argued it is better to have dialogue and utilise a rare opportunity where parties involved in the issue are meeting together.

"There were views that, how can we hear them out or confront them (North Korea) if they're not there?" he told reporters after a late-night discussion with his ASEAN counterparts.

Some Asian countries, including South Korea, are hoping to have bilateral talks with North Korea's foreign minister, Ri Yong Ho. He left Pyongyang on Saturday and was en route to Manila, the North's official KCNA news agency reported.

"If there is a chance, I would tell him that we must have dialogue and that the North must stop the continuous provocations," South Korean Foreign Minister Kang Kyung Wha told reporters upon arrival in Manila.

"Moreover, I will tell him that to build a peace system, North Korea must respond to the two proposals we recently suggested."

U.S. Secretary of State Rex Tillerson is due to attend the Manila meeting and will press China and other Asian countries to take tougher action against North Korea.

The United Nations Security Council was set to vote on Saturday on a U.S.-drafted resolution that aims to slash by a third North Korea's $3 billion annual export revenue over Pyongyang's two intercontinental ballistic missile (ICBM) tests in July.

North Korea briefed diplomats of Indonesia, Laos, Vietnam and Cambodia in Pyongyang on Tuesday about the "resounding success" of its latest ICBM test, its foreign ministry said on its website.

In the posting on Saturday, it said diplomats were told the U.S. "trumpeting" about war and its threat of sanctions only increased Pyongyang's "vigilance and courage", and justification for its tests.