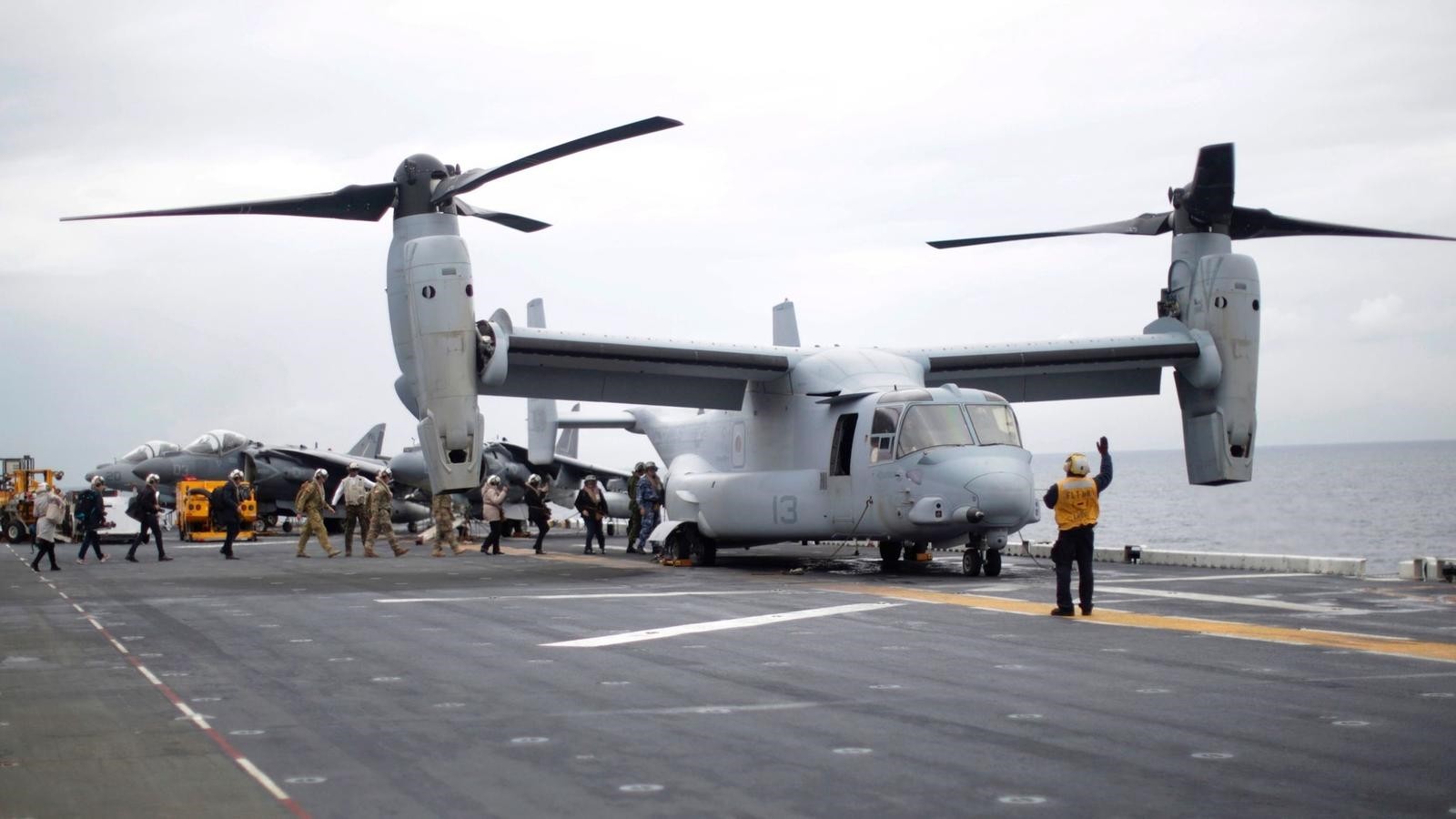 The US Marine Corps said Saturday that a major search and rescue operation was underway for three missing service members following a "mishap" involving an American military aircraft off the Australian coast.

US Marines based in Japan said "search and rescue operations continue for three U.S. Marines that were aboard an MV-22 Osprey involved in a mishap off of the east coast of Australia".

"Twenty-three of 26 personnel aboard have been rescued," they added in a statement.

The MV-22 Osprey tilt-rotor is the primary assault support aircraft for the Marines, with two engines positioned on fixed wing tips that allow it to land and take off vertically. It also has the ability to travel much faster than a helicopter.

"The aircraft involved in the mishap had launched from the USS Bonhomme Richard (LHD 6) and was conducting regularly scheduled operations when the aircraft entered the water," the statement said.

The ship's small boats and aircraft are involved in the search off Shoalwater Bay in Queensland state.

"The circumstances of the mishap are currently under investigation," it added.

"I can confirm no Australian Defence Force Personnel were on board the aircraft," she said.

"The United States are leading the search and recovery effort.

"I have briefed Prime Minister (Malcolm) Turnbull and spoken with Secretary Mattis this evening to offer Australia's support in any way that can be of assistance."

The Osprey was in the region as part of the Australian-US joint military exercise Talisman Sabre, which has just concluded in Queensland.

In December last year an MV-22 Osprey made what the Marines called a "controlled landing" just off the coast of Okinawa during a night training flight that left the aircraft in pieces. No one was killed but the accident sparked anger on the Japanese island -- a strategic outpost of US military power.

A series of deadly accidents, mostly in the United States, prompted frequent protests in Okinawa against the deployment of the aircraft to the island.