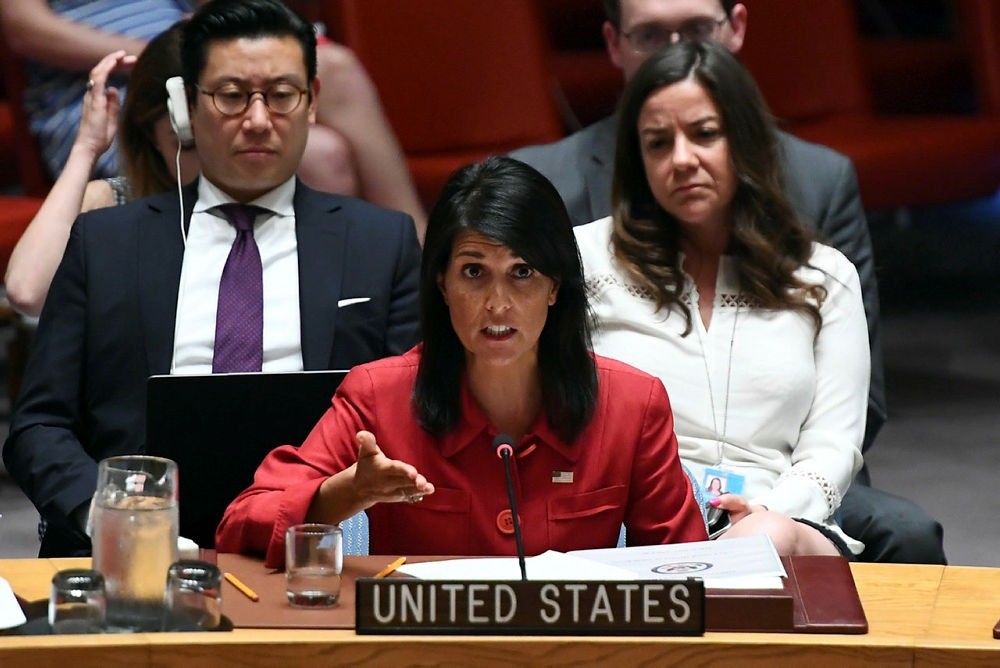 The U.N. Security Council unanimously approved tough new sanctions on North Korea on Saturday including a ban on exports worth over $1 billion — a huge bite in its total exports, valued at $3 billion last year.

U.S. Ambassador Nikki Haley praised the new sanctions, telling council members after the vote that it is "the single largest economic package ever leveled against the North Korean regime."

The resolution also bans countries from giving any additional permits to North Korean laborers — another source of money for Kim Jong Un's regime. And it prohibits all new joint ventures with North Korean companies and bans new foreign investment in existing ones.

The U.S.-drafted measure, negotiated with North Korea's neighbor and ally China, is aimed at increasing economic pressure on Pyongyang to return to negotiations on its nuclear and missile programs.

The Security Council has already imposed six rounds of sanctions that have failed to halt North Korea's drive to improve its ballistic missile and nuclear weapons capabilities.

"All of this ICBM and nuclear irresponsibility has to stop," Haley told reporters as she headed to the council to vote.

The resolution condemns the launches "in the strongest terms" and reiterates previous calls for North Korea to suspend all ballistic missile launches and abandon its nuclear weapons and nuclear program "in a complete, verifiable and irreversible manner."

The resolution bans North Korea from exporting coal, iron, lead and seafood products estimated to be worth over $1 billion. This represents one-third of last year's exports.

It adds nine North Koreans, mainly officials or representatives of companies and banks, to the U.N. sanctions blacklist, banning their travel and freezing their assets. It also imposes an asset freeze on two companies and two banks.