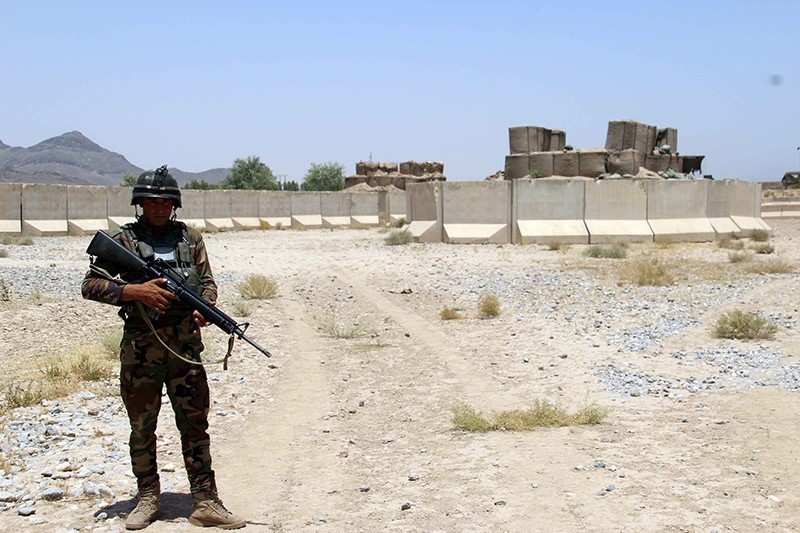 Afghan soldier secures a military base after overnight clashes with Taliban militants at a military base in Khakriz district, of Kandahar, Afghanistan, July 26, 2017. (EPA Photo)
by Aug 06, 2017 12:00 am

"Both [Daesh] and Taliban fighters attacked the village of Mirzaolang in the Sayad district on Thursday evening," Zabihullah Amani, a spokesman for Sar-i-Pul's provincial governor, told dpa.

In addition, seven local police officers and one Afghan army soldier were killed in the heavy fighting between the militants and forces protecting the area that had lasted for 48 hours, Amani said.

The village fell to the insurgents on Saturday evening, said Amani.

According to Amani, most of the village was defended by local police and civilians, and "after taking over the village, insurgents gathered the civilians and opened fire on them collectively."

The insurgent groups killed the civilians on the "baseless charge" of being part of the local police and uprising forces, said Mohammad Noor Rahmani, head of the provincial council for Sar-i-Pul.

At least 25 civilians are also missing, Rahmani told dpa. Militants from either group may have possibly abducted them, Amani said.