Up to 100 feared dead, hundreds injured in 6.5-magnitude earthquake in China 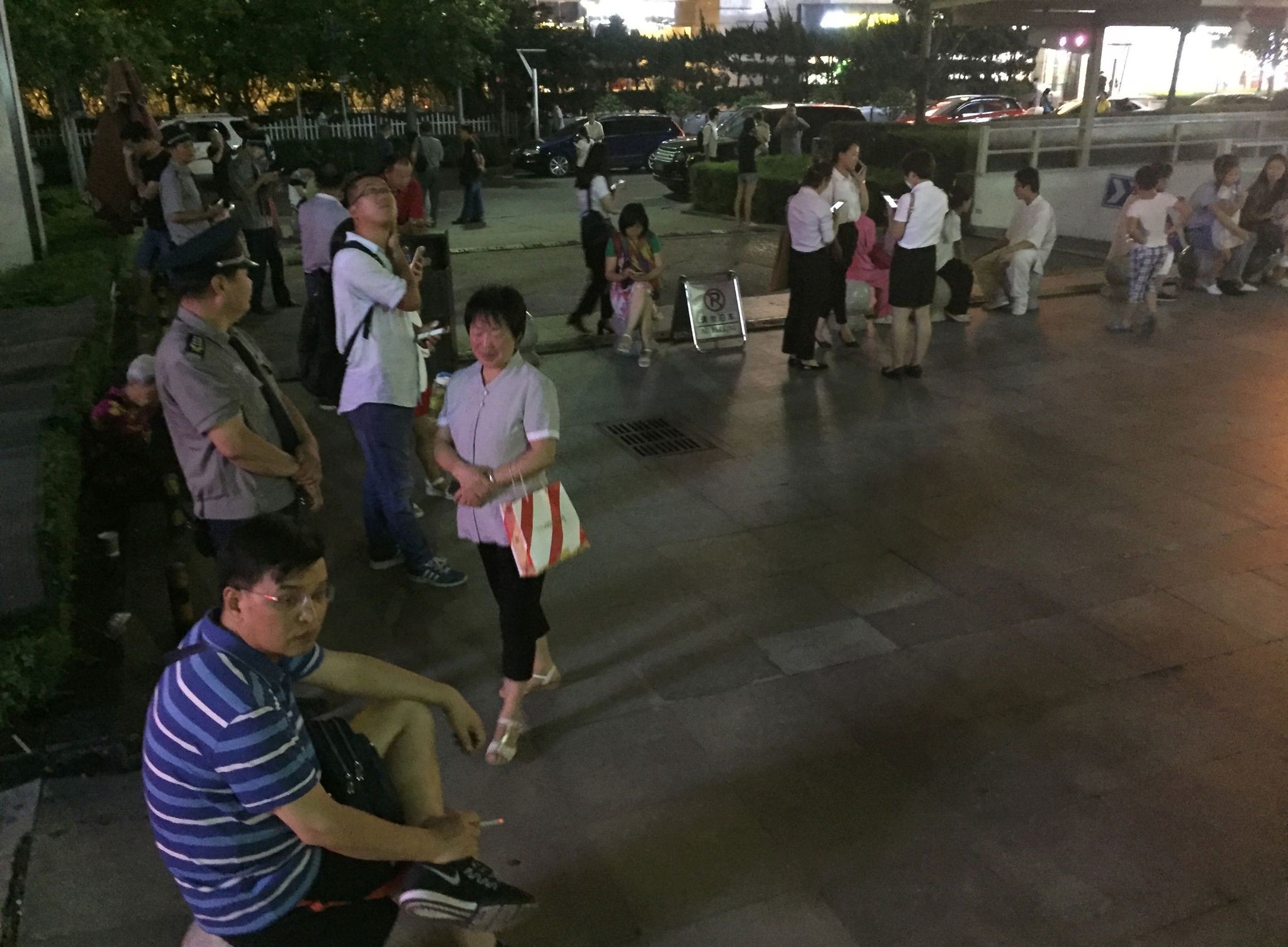 People stand outside buildings after an earthquake was felt in Xian in central China's Shanxi province on August 8, 2017. (AFP Photo)
by Compiled from Wire Services Aug 08, 2017 12:00 am

A 6.5-magnitude earthquake that rattled southwest China late Tuesday may have killed up to 100 people, China's National Commission for Disaster Reduction said.

Over 130,000 houses may be damaged, it said in a statement posted on its website, based on a preliminary analysis of the disaster in a remote region of Sichuan province.

Meanwhile an official in southwestern China said that the strong earthquake killed at least five tourists and injured 63 people.

A man surnamed Song who answered the phone at a local emergency office in Aba prefecture, where the Jiuzhaigou (Jee-oh Jai GO) national park, is located said the town of Zhangzha reported the casualties from Tuesday evening's quake.

The magnitude 6.5 quake struck a region bordered by the provinces of Sichuan and Gansu at a depth of just 9 kilometers (5.5 miles), according to the U.S. Geological Survey. Shallow earthquakes tend to cause more damage than deeper ones.

The China Earthquake Networks Center measured the earthquake at magnitude 7.0 and said it struck at a depth of 20 kilometers (12 miles). The quake occurred at about 9:20 p.m. near Jiuzhaigou, or Jiuzhai Valley, a national park known for spectacular waterfalls and karst formations, the Chinese agency said.

The area is located on the edge of the Tibetan Plateau in northern Sichuan province, home to many Tibetan and other ethnic minority villages.

Earthquakes are common in China's west, although the low population density there often means casualties are low. China's deadliest earthquake this century, a magnitude 7.9 temblor with a depth of 19 kilometers (12 miles), struck Sichuan province in May 2008, killing nearly 90,000 people.

The epicenter in Tuesday's quake was about 39 kilometers (24 miles) from the county of Jiuzhaigou, which has a population of around 80,000, in an area that's 2,000 meters (6,562 feet) above sea level. It was 285 kilometers (177 miles) from Chengdu, the densely populated capital of Sichuan province, according to the Chinese center.

The Sichuan provincial government's news website said a number of train services to Chengdu and other cities were suspended following the quake.

A report on the news site's official microblog also cited Zhao Wei, the party secretary of the Communist Youth League's Jiuzhaigou division, as saying some telephone communications networks were down, making it difficult to determine the scale of the damage caused.

The China Earthquake Networks Center said the quake was followed about 20 minutes later by a temblor measuring 3.3 in magnitude at a depth of 9 kilometers (5.5 miles).