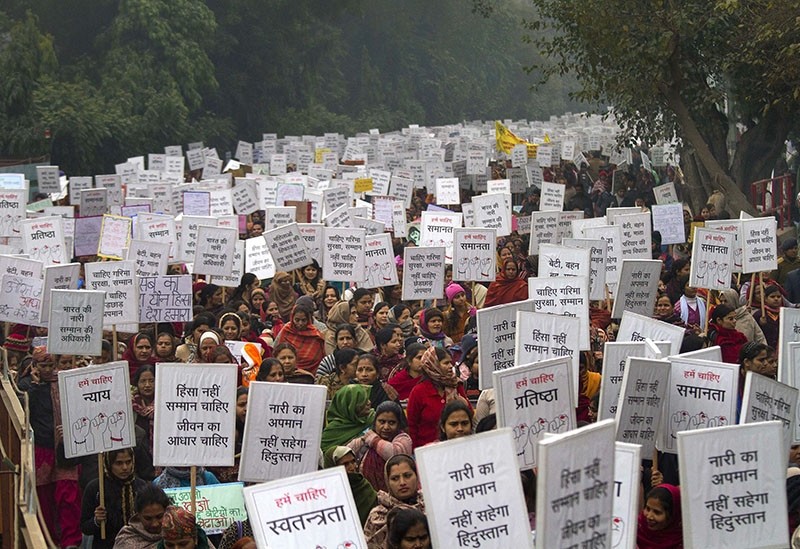 Women across India are posting selfies of themselves out at midnight with the hashtag #AintNoCinderella after a male politician questioned why a woman who was reportedly stalked was out at night.

Varnika Kundu, a 29-year-old disc jockey, said she was chased and almost kidnapped by two men while driving home after midnight in the northern city of Chandigarh on Friday.

One of the accused was identified as Vikas Barala, the son of Subhash Barala, who is the regional chief of the Hindu-nationalist Bharatiya Janata Party (BJP).

In remarks soon after, Ramveer Bhatti, another BJP politician, blamed Kundu for the incident and appeared to question her character, angering women across the country who flooded Twitter with a deluge of selfies.

Sharmishta Mukherjee, the daughter of former president Pranab Mukherjee, and Divya Spandana, both politicians from the opposition Congress party were the first to tweet selfies of themselves out and about past midnight.

"If I'm out at 12 am, it DOES NOT mean I'm to be raped, molested, chased. My dignity is my right 24X7. #AintNoCinderella," tweeted Mukherjee.

Bhatti had said in an interview with broadcaster CNN-News18: "The girl should not have gone out at 12 in the night. Why was she driving so late in the night? The atmosphere is not right. We need to take care of ourselves."

The stalking case has set off a fresh debate over women's safety in India, which already sees high rates of sexual harassment, rape and abductions.