Pentagon chief issues own threat to North Korea, says any action will be 'grossly overmatched' 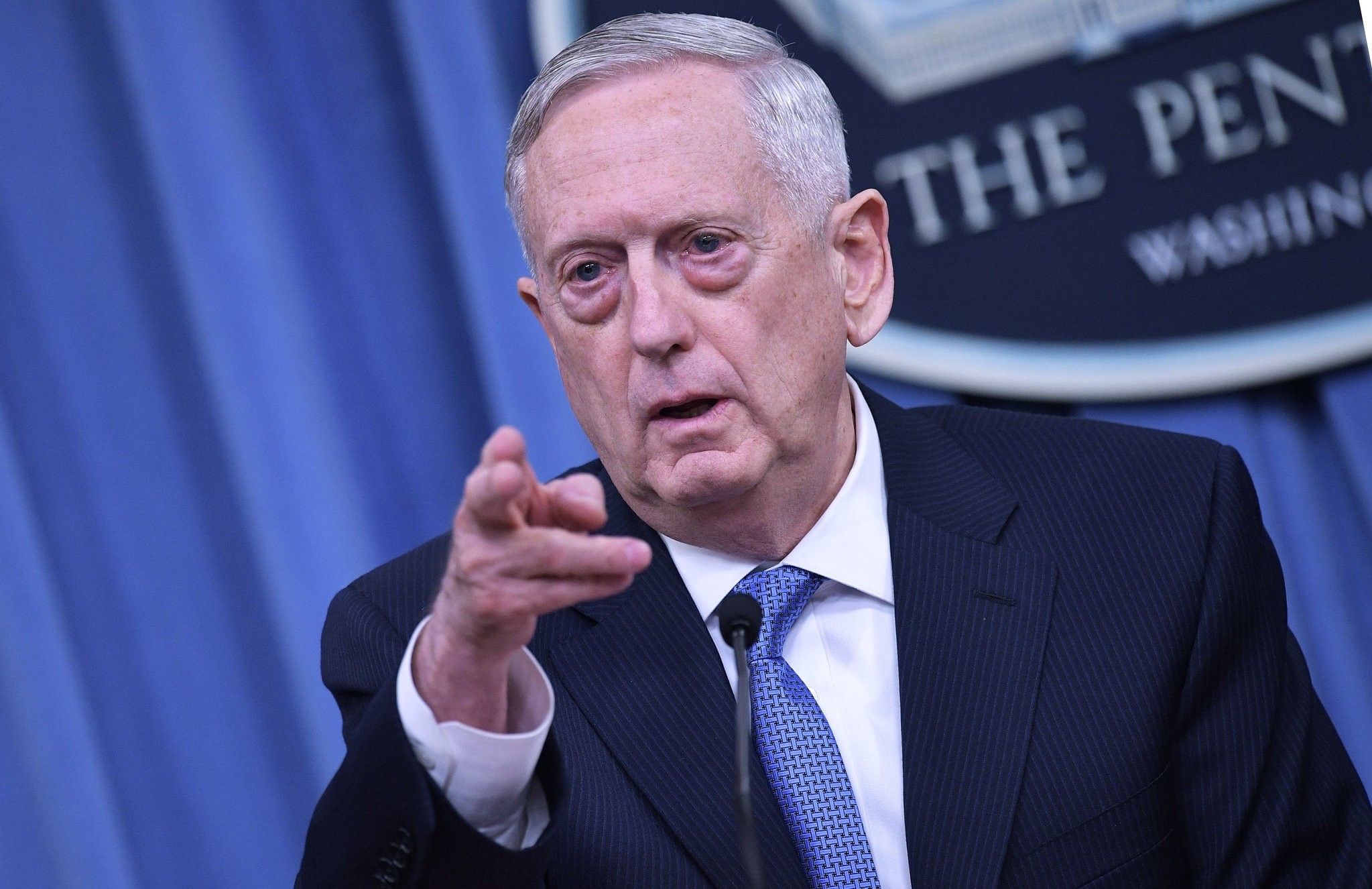 US Secretary of Defense Mattis takes questions during a briefing at the Pentagon in Washington, DC on April 11, 2017. (AFP Photo)
by Compiled from Wire Services Aug 09, 2017 12:00 am
Pentagon chief Jim Mattis on Wednesday warned North Korea to stop pursuing nuclear weapons and stop considering actions that would lead to the "destruction of its people."

"The DPRK (Democratic People's Republic of Korea) must choose to stop isolating itself and stand down its pursuit of nuclear weapons," Mattis said in a statement, issuing his own sharp threat to the country.

"The DPRK should cease any consideration of actions that would lead to the end of its regime and the destruction of its people."

He also asserted that any action by North Korea would be grossly overmatched by the U.S., and that Pyongyang would lose any arms race or conflict it started.

Mattis issued the statement as he traveled to the West Coast. His comments punctuated President Donald Trump's warning that North Korea will be met with "fire and fury" if it threatens the U.S. His threats also come amid U.S. efforts for diplomatic solutions, the combined military power of America and its allies is the most robust on Earth.

A new report said that Pyongyang's nuclear program is progressing.