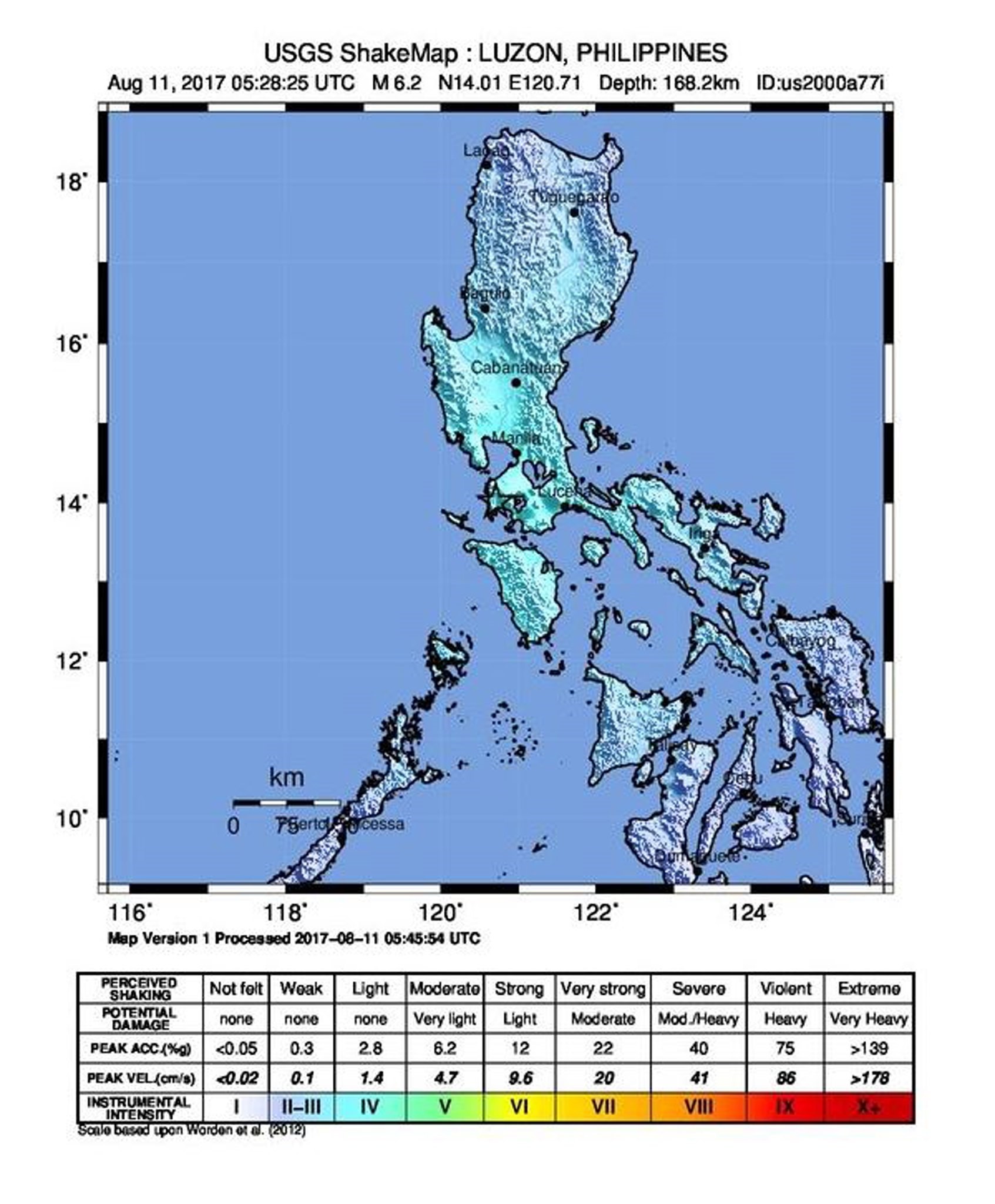 A magnitude-6.3 earthquake on Friday jolted the Philippines, including the capital, triggering panic among residents but no reports of damages or casualties, a government agency said.

The tremor's epicenter was located south-west of Nasugbu town in Batangas province, 65 kilometers south of Manila, according to the Philippine Institute of Volcanology and Seismology. 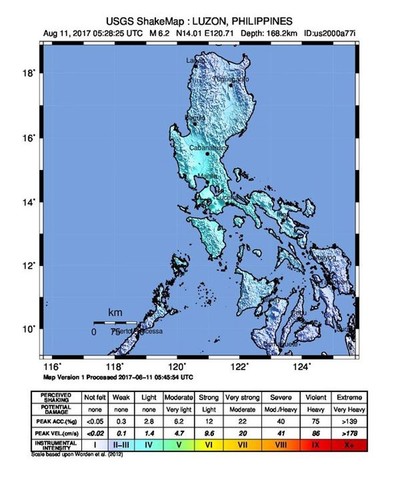 No tsunami warning was issued by the Philippine Institute of Volcanology and Seismology, which put the magnitude of the quake at 6.3, and said it expected aftershocks.

The Philippines is on the geologically active Pacific Ring of Fire and experiences frequent earthquakes.