Military confrontation with North Korea not 'imminent': US officials 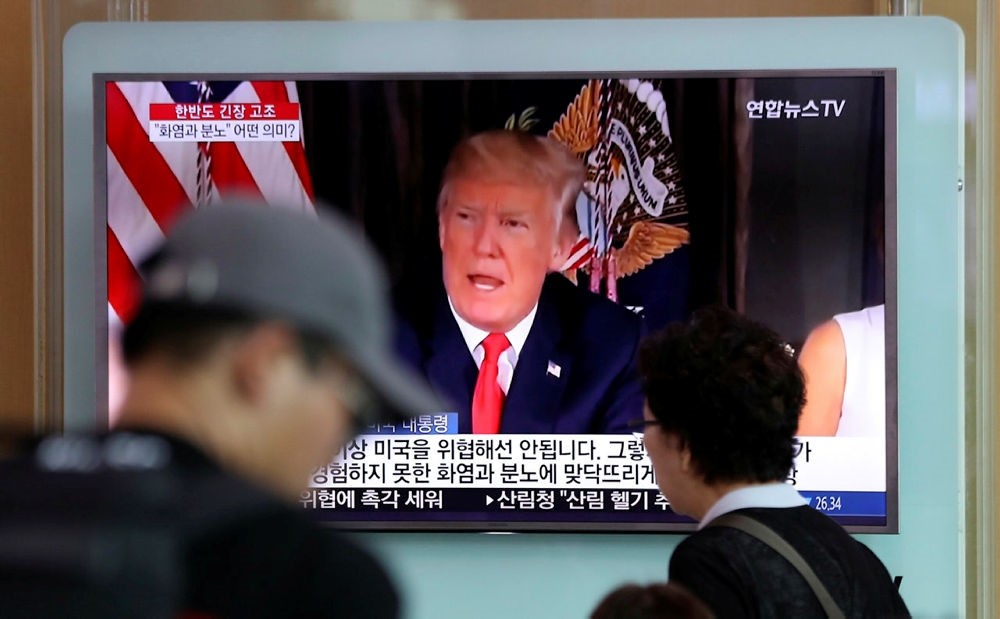 Senior U.S. national security officials said Sunday that a military confrontation with North Korea is not imminent, but they cautioned that the possibility of war is greater than it was a decade ago.

CIA Director Mike Pompeo and Army Lt. Gen. H.R. McMaster, President Trump's national security adviser, tried to provide assurances that a conflict is avoidable, while also supporting Trump's tough talk. They said the United States and its allies no longer can afford to stand by as North Korea pushes ahead with the development of a nuclear-tipped intercontinental ballistic missile.

Pompeo said "there's nothing imminent today," in response to a question about how worried should people be over the escalating tensions. He said the U.S. has a "pretty good idea" of North Korea's intentions, but Pompeo declined to provide specifics. The CIA chief described Kim as "rational" and responsive to "adverse circumstances."

"The reaction in North Korea that we are intending to get is an is an understanding that America is no longer going to have the strategic patience that it's had that has permitted him to continue to develop his weapons program," Pompeo said. "It's that straightforward."

The top U.S. military officer, Marine Corps Gen. Joseph Dunford, is traveling in Asia and expected to meet with leaders in South Korea, Japan and China. Dunford, the chairman of the Joint Chiefs of Staff, told reporters traveling with him that he aims to "sense what the temperature is in the region." He also will discuss military options in the event the "diplomatic and economic pressurization campaign" fails.

"We're all looking to get out of this situation without a war," Dunford said.

China's president, Xi Jinping, made a plea for cool-headedness in a phone conversation with Trump on Saturday, urging both sides to avoid words or actions that could worsen the situation.

The call came after Trump made fresh threats against North Korea on Friday, declaring the U.S. military "locked and loaded" and warning Kim that he "will regret it fast" if he takes any action against U.S. territories or allies.

Trump has pushed China to pressure North Korea to halt a nuclear weapons program that is nearing the capability of targeting the United States. China is the North's biggest economic partner and source of aid, but says it alone can't compel its wayward ally to end its nuclear and missile programs.

The White House said in a statement that Trump and Xi "agreed North Korea must stop its provocative and escalatory behavior." It also said that the two "reiterated their mutual commitment to denuclearization of the Korean Peninsula."

State-run China Central Television quoted Xi as telling Trump the "relevant parties must maintain restraint and avoid words and deeds that would exacerbate the tension on the Korean Peninsula."

But Trump on Friday appeared to set another red line — the mere utterance of threats — that would trigger a U.S. attack against North Korea and "big, big trouble" for Kim.

North Korea's Minju Joson newspaper said in an editorial Saturday that the North's army is "capable of fighting any war the U.S. wants."

The tough talk capped a week in which long-standing tensions between the countries risked abruptly boiling over.

The North then came out with a threat to lob four intermediate-range "Hwasong-12" missiles near Guam, a tiny U.S. territory some 2,000 miles (3,200 kilometers) from the North's capital, Pyongyang.

Sen. Lindsey Graham, R-S.C., welcomed Trump's pugnacious approach, arguing that many of the president's critics failed to stop North Korea from developing a nuclear weapon that could hit the United States.

"President Trump inherited a mess," Graham said. "All those smart people who are criticizing his rhetoric and his policy, how well did you do?"

Pompeo and Graham were on "Fox News Sunday," and McMaster appeared on ABC's "This Week."