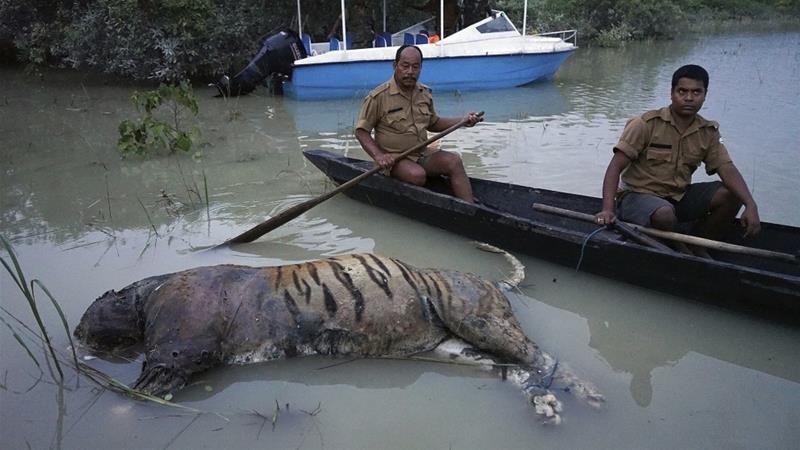 Over a dozen rare rhinos and a tiger have died along with 215 other animals in a flooded wildlife sanctuary in north-eastern India, the park's director said Sunday.

"The waters have started receding, about 30 per cent of the park is still inundated ... we are finding carcasses every day."

Kaziranga National Park is home to the largest concentration of one-horned rhinos in the world.

The latest deaths took place between August 10-19. The park had lost 105 animals in an earlier phase of flooding in July, Singh said. That takes the total number of animals lost so far this monsoon season to 335.

Several wooden bridges and culverts in the park had been damaged along with some anti-poaching camps.

"We will be able to assess the entire damages once the flood waters have receded," Singh said.

Kaziranga is a UNESCO World Heritage site and home to more than 2,000 one-horned rhinos, as well as tigers, elephants, wild buffaloes and swamp deer.