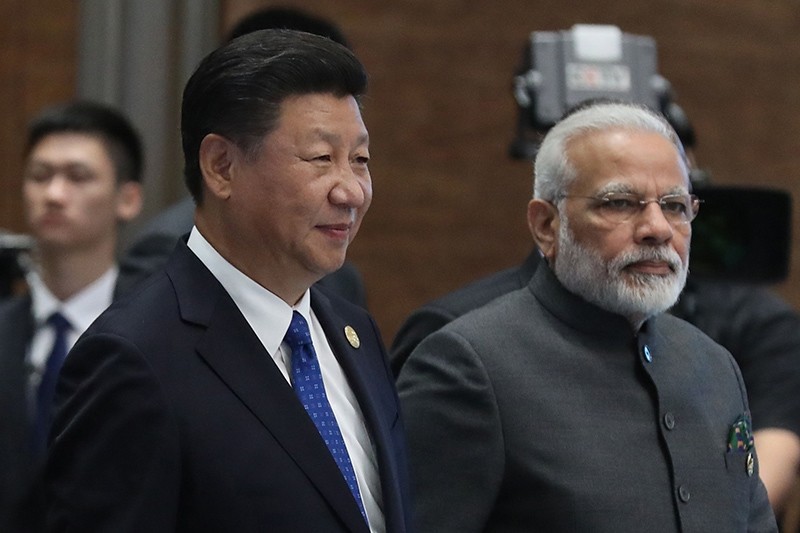 Chinese President Xi Jinping told Indian Prime Minister Narendra Modi Tuesday that healthy and stable relations between China and India were in the interests of the people.

"China is willing to work with India on the basis of the Five Principles of Peaceful Coexistence, which were put forward by both countries, to improve political mutual trust, promote mutually beneficial cooperation, and push Sino-Indian ties along a right track," the Xinhua News Agency reported Xi saying at a meeting with Modi at the BRICS conference in Xiamen.

According to China's foreign ministry spokesman Geng Shuang, Xi also told Modi that the two Asian giants are development opportunities for each other, not threats, adding that the two countries should respect each other and safeguard peace in border areas.

Indian Foreign Secretary Subrahmanyam Jaishankar said that a more-than-hour-long bilateral meeting between the men was "constructive about where the relationship should be going and will be going."

It was "a very strong affirmation at the leadership level that it is really in the interests of both countries to keep this relationship forward and on an upward trajectory," Jaishankar said.

The remarks come just over a week after China and India agreed to end a months-long stand-off at the disputed Himalayan border region of Doklam.

Indian troops have pulled out of the disputed area, but reports have said Chinese troops continue to patrol the area.

The two countries have been facing off since June over the mountainous area located near the borders of China, India and Bhutan.

China wanted to build a road through the area. India responded by sending troops to evict the Chinese military's workers.

The uninhabited plateau is claimed by both China and India's ally Bhutan. New Delhi sent its forces in support of Bhutan as well as to halt the road construction, which it said posed a "serious security concern" to its territory.

The Doklam face-off was the most serious border confrontations between the neighboring Asian giants in decades.

India and China dispute several sections of their ill-defined 3,500-kilometer (2174-mile) border, most of which runs along the Himalayan range. The two countries fought a war over their border in 1962.