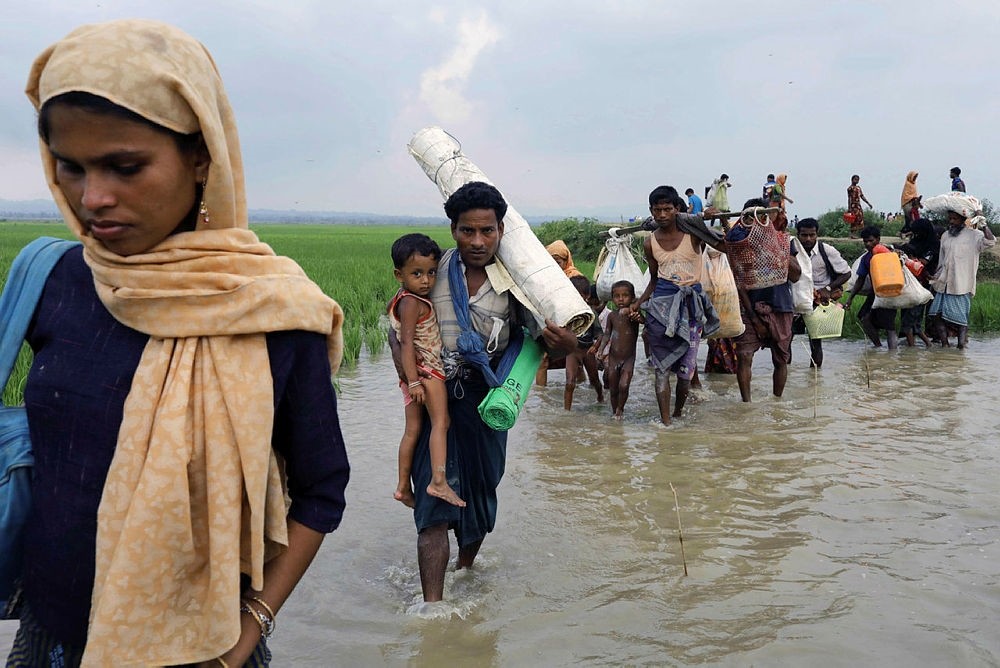 Rohingya refugees from Myanmar's Rakhine state arrive near the Khanchon border crossing near the Bangaldeshi town of Teknaf on Septebmer 5, 2017. (AFP Photo)
by Daily Sabah with Reuters Sep 05, 2017 12:00 am

United Nations Secretary-General Antonio Guterres said Tuesday he had written to the U.N. Security Council to express his concern over violence in Myanmar's Rakhine state against Rohingya Muslims.

Guterres appealed to Myanmar authorities to end violence, which he warned was "creating a situation that can destabilize the region." When asked about ethnic cleansing, Guterres said: "We are facing a risk, I hope we don't get there."

Violence broke out in the Rakhine after security forces launched an operation against Rohingya Muslims, forcing nearly 125,000 people, including women and children to flee and seek refuge in neighboring Bangladesh since Aug. 25, when clashes began. Myanmar security forces are accused of using disproportionate force and destroying the homes of the Rohingya people.

Meanwhile, Turkey, Azerbaijan and Georgia will convene today in Azerbaijan's capital Baku within the scope of the trilateral meeting mechanism.