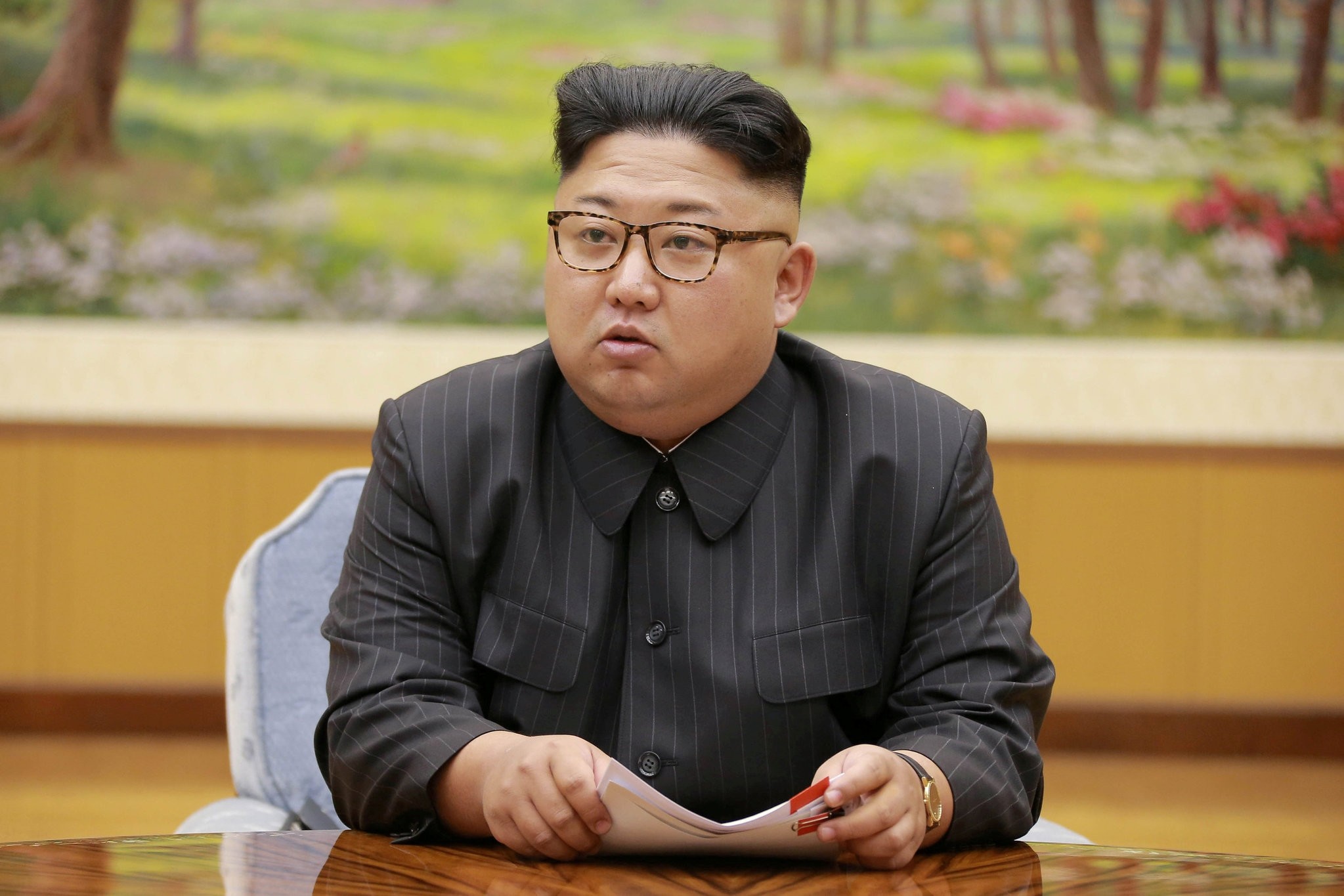 North Korean leader Kim Jong Un participates in a meeting with the Presidium of the Political Bureau of the Central Committee of the Workers Party of Korea in this undated photo released by KCNA. (REUTERS Photo)
by Sep 06, 2017 12:00 am

The United States on Wednesday asked the U.N. Security Council to slap an oil embargo on North Korea and freeze the assets of leader Kim Jong Un, in response to Pyongyang's sixth and most powerful nuclear test.

A U.S.-drafted resolution obtained by AFP also called for banning textile exports and ending payments made to North Korean laborers sent abroad, further depriving the regime of revenue to pursue its military programs.

The United States circulated the proposed resolution to the 14 other council members two days after Ambassador Nikki Haley called for the "strongest possible measures" to be imposed on North Korea.

Haley said on Monday that the United States was seeking a vote on the new sanctions on September 11.

The draft text takes aim directly at North Korea's leadership with a freeze on leader Kim's assets as well as those of the ruling Worker's Party of Korea and the government of North Korea.

Kim would be added to a U.N. sanctions blacklist that would subject him to a global travel ban, along with four other senior North Korean officials, according to the draft.

The state-owned Air Koryo airline would also be hit with an assets freeze, as would the Korean People's Army, the ruling party's central military commission and seven other government or party departments.

North Korea on Sunday triggered global alarm when it detonated what it described as a hydrogen bomb designed for a long-range missile, which was followed by signs that Pyongyang was preparing a new missile launch.

The United States presented the new raft of measures after President Donald Trump spoke by phone with his Chinese counterpart Xi Jinping and told him that military action against North Korea was not his "first choice".

China, North Korea's main ally and trading partner, and Russia argue that sanctions alone will not resolve the North Korea crisis and are calling for talks with Pyongyang.