2 men sentenced to death, 2 to life in prison over 1993 Mumbai blasts 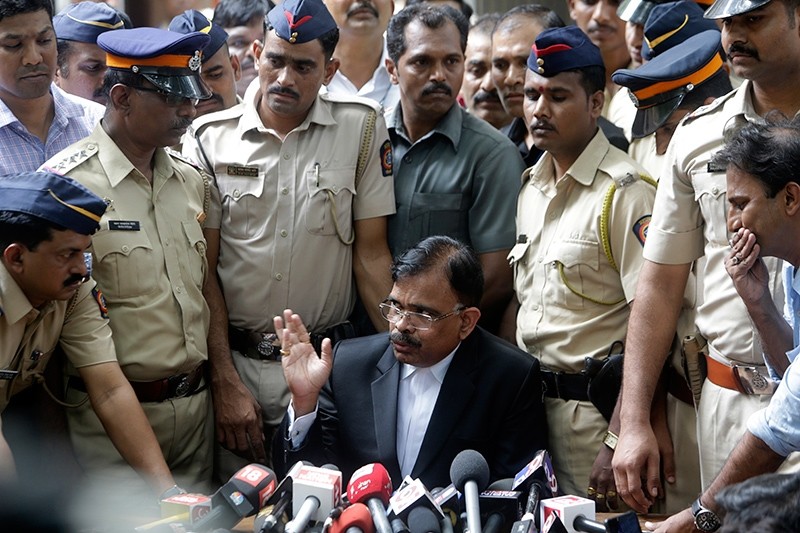 A court in India has sentenced two convicts to death, two to life imprisonment and one to 10 years in jail Thursday for their involvement in the 1993 serial bombings in Mumbai that left 257 people dead.

The five men were convicted earlier of criminal conspiracy and murder in the planting of 12 powerful bombs in cars, scooters and suitcases around India's financial capital.

The sentencing ended a second trial related to the bombings. An initial trial ended in 2007 with more than 100 people convicted, of whom 11 were sentenced to death and the rest to various terms in prison.

"One of the convicts, Abu Salem, who was extradited from Portugal on the agreement that he would not be given the death sentence has been sentenced to rigorous imprisonment for life," public prosecutor Ujjawal Nikam told reporters outside the court in Mumbai.

The Mumbai court sentenced Salem to life in prison after finding him guilty of transporting weapons from Gujarat state to Mumbai ahead of the blasts. These included AK-56 assault rifles, ammunition and hand grenades.

Prosecutors said the bombings were an act of revenge for the 1992 demolition of a 16th century mosque by Hindu nationalists in northern India. That triggered religious riots in parts of India, leaving more than 800 dead, both Hindus and Muslims.

The blasts targeted a number of prominent sites in Mumbai, including the stock exchange, Air India building, hotels, a cinema and shopping bazaars.

Prosecutors said the attack was masterminded by underworld kingpin Dawood Ibrahim. India accuses Pakistan of sheltering Ibrahim, a charge Islamabad denies. India says he has been living in Karachi, Pakistan's financial hub, after fleeing from Mumbai, and has asked Pakistan to hand him over to face trial in India.