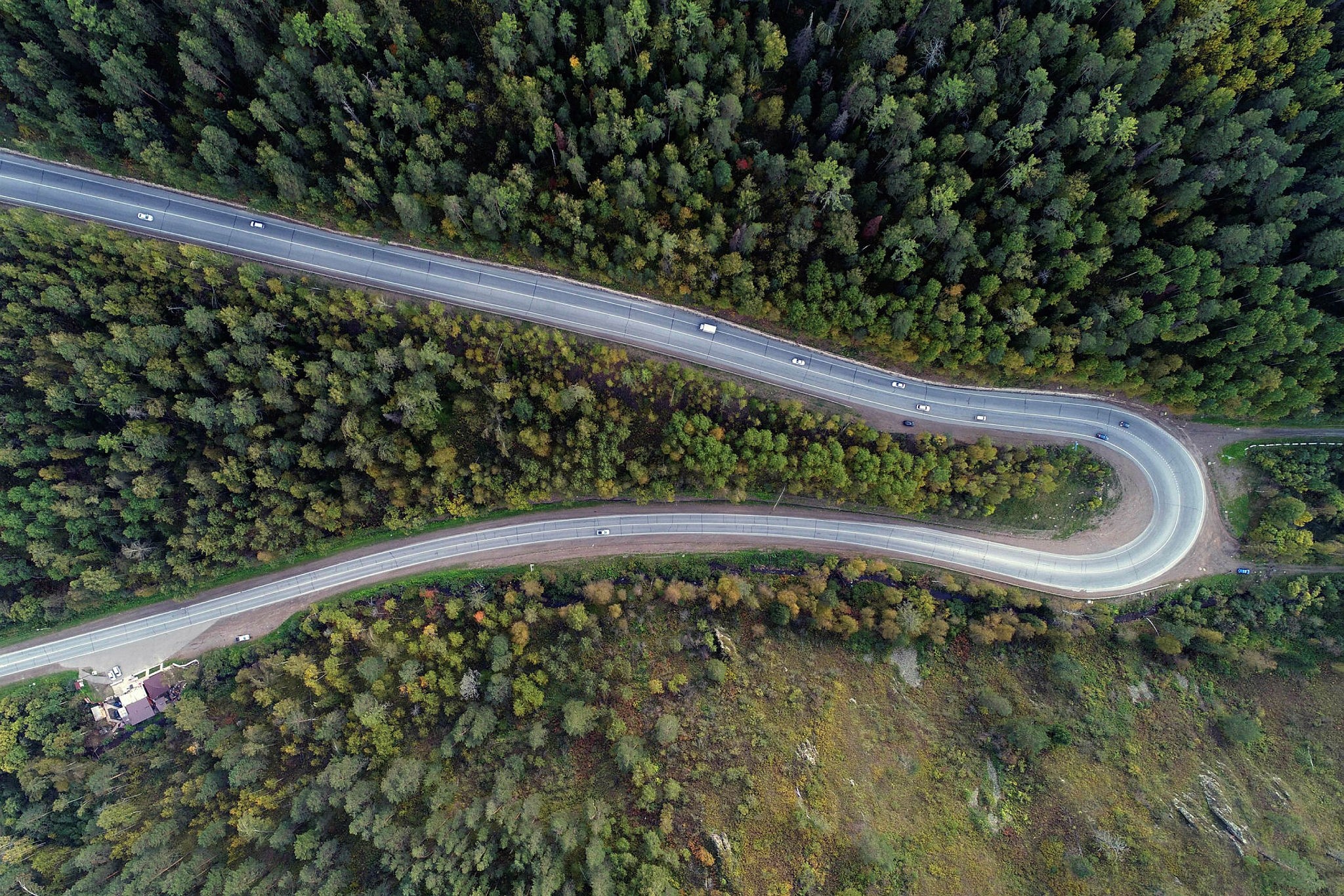 An aerial view shows vehicles driving along the M54 federal highway in the Siberian Taiga area outside Krasnoyarsk, Russia September 5, 2017. (REUTERS Photo)
by Sep 07, 2017 12:00 am

Russian President Vladimir Putin has suggested that his country would like to construct a ground transport link between the Russian island of Sakhalin and the Japanese island of Hokkaido.

There are already plans to build a bridge to connect Sakhalin with Russia's continental mainland, Putin said Thursday at an economic forum in the port city of Vladivostok, according to comments carried by state media.

Putin, who met with Japanese leader Shinzo Abe at the forum, said the Sakhalin-mainland transport route could be extended to Hokkaido.

Russian officials have previously suggested that a bridge or tunnel could connect Sakhalin and Hokkaido, across a distance of about 40 kilometers.

Abe said at the forum that it was high time for Russia and Japan to sign a peace treaty formally ending the conflict between the Soviet Union and the Japanese Empire, which supported the Nazis during World War II.

The formality never took place in part because of tensions over Moscow's refusal to return islands of the Kuril Archipelago that the Soviet Union seized during the war.

Russia in recent years has been trying to strengthen its economic ties with Japan, including collaboration in the Kurils, amid an overall turn eastward as Russia's relations with the European Union have soured over the Ukraine crisis.

Abe said Russia and Japan have made more progress in certain areas in the past year than in the previous 70, according to comments carried by Russian state news agency TASS.