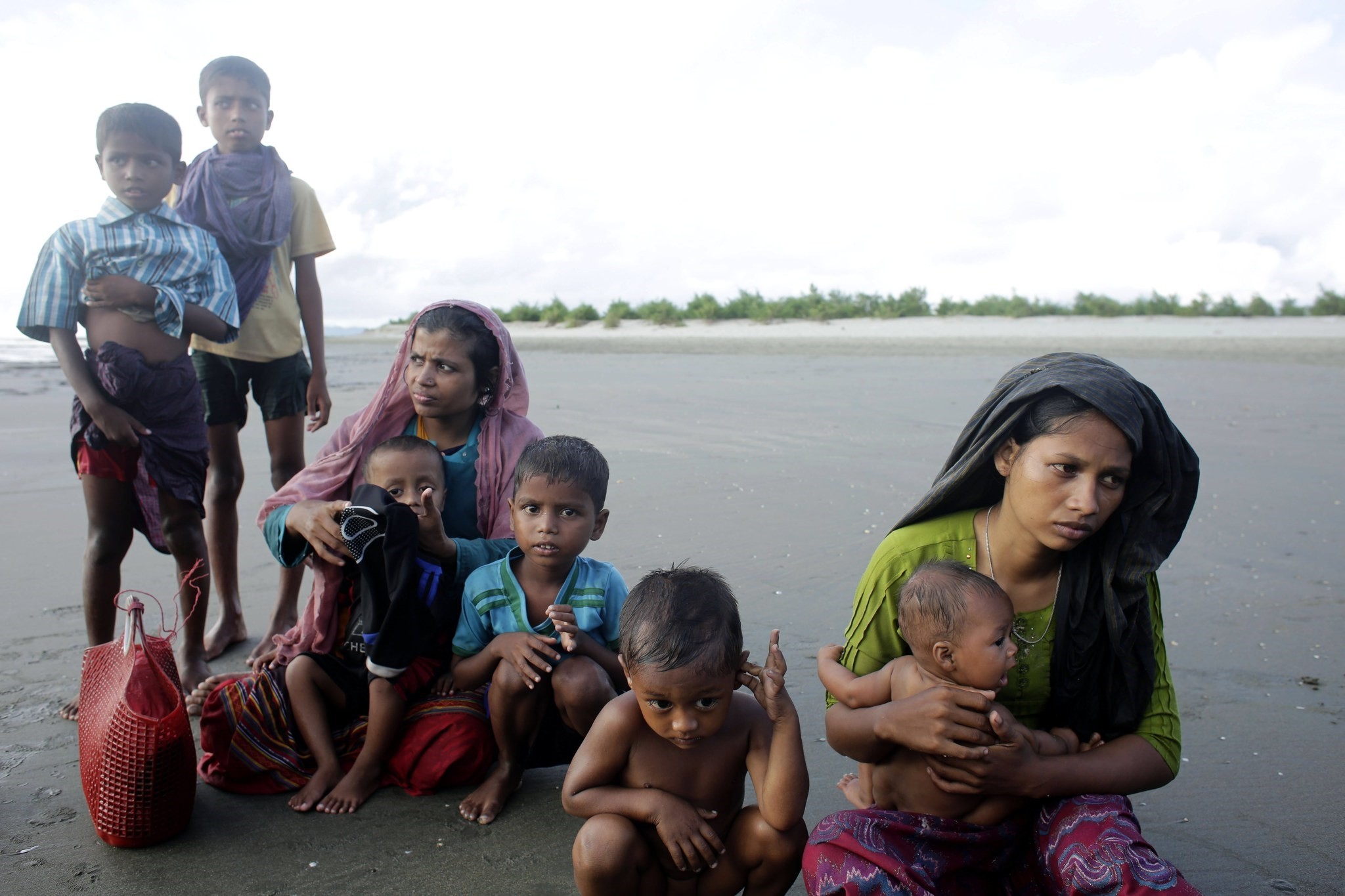 The U.N. Security Council condemned late Wednesday the violence in Myanmar's Rakhine State that sparked the mass exodus of nearly 380,000 Rohingya Muslims. Members called for "immediate steps to end the violence" and efforts to de-escalate the situation, ensure protection of civilians and resolve the refugee problem.

Britain's U.N. Ambassador Matthew Rycroft said the council's press statement, which followed closed-door consultations, was the first statement the U.N.'s most powerful body has made in nine years on the situation in Myanmar. He called it "an important first step."

Suu Kyi will miss the assembly's ministerial session, which opens Sept. 19 and runs through Sept. 25, in order to address domestic security issues, according to presidential office spokesman Zaw Htay.

While the Security Council was meeting, U.N. Secretary-General Antonio Guterres told reporters that ethnic cleansing is taking place against the Rohingyas.

He urged Myanmar's government to suspend military action, end the violence, uphold the rule of law and allow the Rohingyas, who were stripped of citizenship years ago, to return home.

Suu Kyi's appearance at last year's General Assembly was a landmark: her first since her party won elections in 2015 and replaced a military-dominated government. Even then, however, she faced criticism over Myanmar's treatment of Rohingya Muslims, whose name she did not utter.

Members of the ethnic group are commonly referred to as "Bengalis" by many in Buddhist-majority Myanmar who insist they migrated illegally from Bangladesh.

Suu Kyi is not Myanmar's president — her official titles are state counselor and foreign minister — but she effectively serves as leader of the Southeast Asian nation though she does not control the military.

"The first reason (Suu Kyi cannot attend) is because of the Rakhine terrorist attacks," Zaw Htay said. "The state counselor is focusing to calm the situation in Rakhine state. There are circumstances. The second reason is, there are people inciting riots in some areas. We are trying to take care of the security issue in many other places. The third is that we are hearing that there will be terrorist attacks and we are trying to address this issue."

Instead, Zaw Htay said, Suu Kyi will give a speech in Myanmar next week that will cover the same topics that she would have addressed at the United Nations.

The crisis erupted on Aug. 25, when a Rohingya resistance group attacked police outposts in Myanmar's Rakhine state. That prompted Myanmar's military to launch "clearance operations" against the rebels, setting off a wave of violence that has left hundreds dead and thousands of homes burned — mostly Rohingya in both cases.

Zaw Htay said of 471 "Bengali" villages in three townships, 176 are now completely empty and at least 34 others are partially abandoned.

He said there had been at least 86 clashes through Sept. 5, but none since then.

"What that means is, when the security forces are trying to stabilize the region, they have succeeded to a point," he said.

The government blames Rohingya for the violence, but journalists who visited the region found evidence that raises doubts about its claims that Rohingya set fire to their own homes.

Many of the Rohingya who flooded into refugee camps in Bangladesh told of Myanmar soldiers shooting indiscriminately, burning their homes and warning them to leave or die. Others said they were attacked by Buddhist mobs.

Suu Kyi, a Nobel Peace Prize laureate who lived under house arrest for many years under a military junta that ultimately gave way to an elected government, has faced a torrent of international criticism and pressure since the crisis erupted.

Hundreds of people marched in India's capital on Wednesday demanding an end to violence against Rohingya in Myanmar. Police stopped the group some distance from Myanmar's embassy.

The protesters criticized Suu Kyi, asking whether she had received the Nobel Prize for promoting peace or for persecuting Rohingya.

Bangladesh has been overwhelmed with the massive influx of Rohingya, many of whom arrived hungry and traumatized after walking for days through jungles or being packed into rickety wooden boats.

Thousands lined up on Wednesday outside a makeshift relief center in Cox's Bazar district that was distributing rice, sugar and other relief materials.

Mamunur Rashid of the International Organization for Migration said the supplies would be enough to help about 5,000 of the roughly 370,000 Rohingya who have arrived in Bangladesh in recent weeks.

Before Aug. 25, Bangladesh had already been housing some 500,000 Rohingya refugees who fled earlier flashes of violence including anti-Muslim riots in 2012.

Bangladesh Prime Minister Sheikh Hasina has pledged to help the new arrivals, but demanded that Myanmar "take their nationals back."

Many of the new arrivals were staying in schools, or were huddling under tarps in makeshift settlements along roads and in open fields.

"A humanitarian crisis is going on here," he said. The diplomats "will visit camps, talk to them, see their condition. We need to work together during such a serious crisis."

The Organization of Islamic Cooperation, the world's largest Muslim body, urged Myanmar to allow in U.N. monitors so they can investigate what it alleged was systematic brutality against the Rohingya. The U.N. Human Rights Council approved an investigative mission earlier this year, but Myanmar in June refused to allow it to enter. An envoy's visit in July was met with protests.

Rohingya have faced decades of discrimination and persecution in Myanmar, where they are denied citizenship despite centuries-old roots in the country.