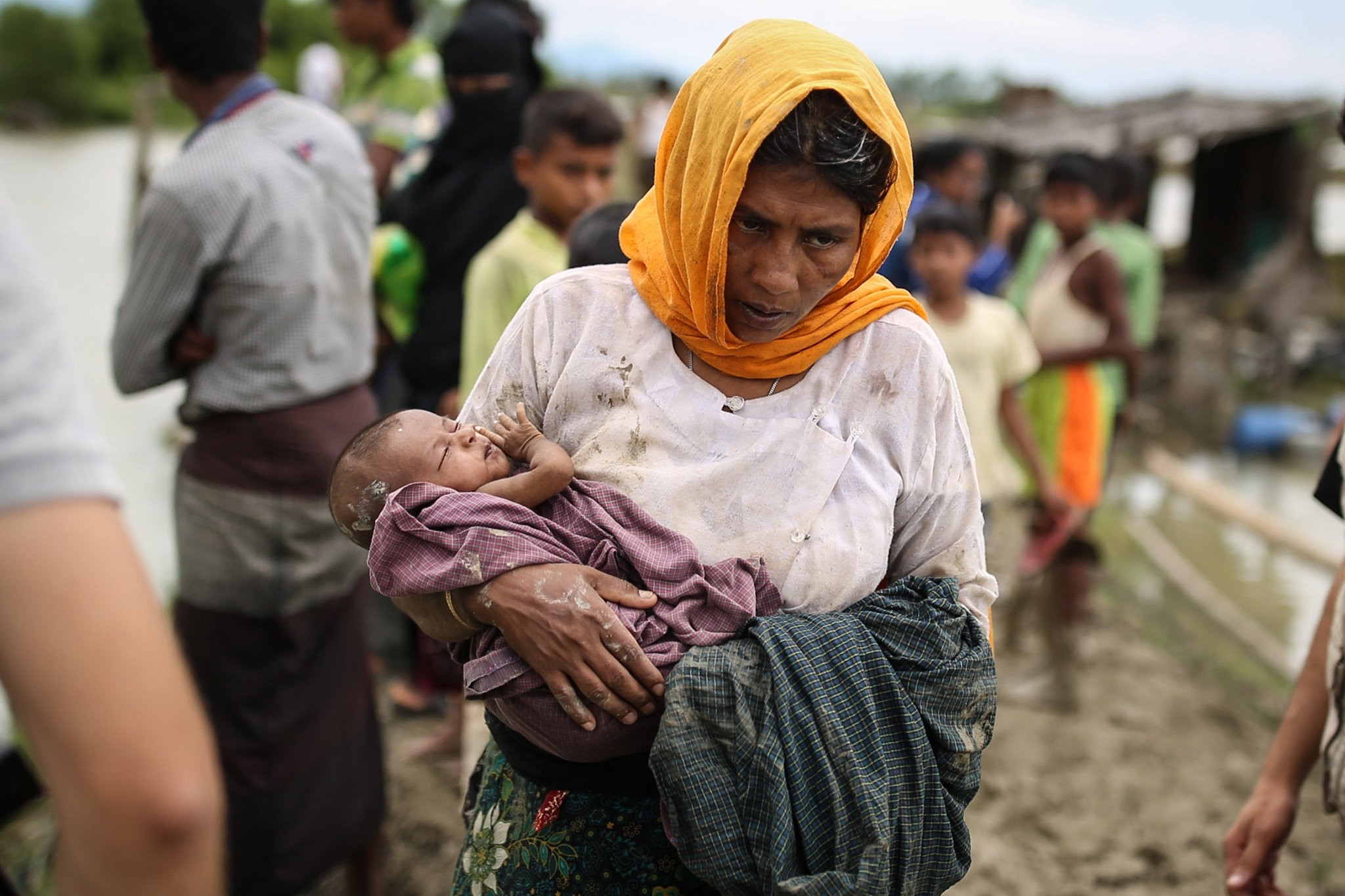 Rohingya refugees are pouring into Bangladesh, forced by the Myanmar army crackdown to cross kilometers of marshlands, hills and rivers in an agonizing journey.

Amid the perilous plight, perhaps the most heart-wrenching photo of the humanitarian crisis has surfaced on the web. The photo depicts a young Muslim Rohingya refugee carrying his elderly mother and father in a double basket slung over his shoulders so that they too could escape the violence in Rakhine.

At an age which most people would be at school or working, he bears a heavier burden than many of his peers.

The young man said he could not bare to leave his parents behind, and so he carried them over to the Bangladesh border, walking barefoot for seven days to help them escape the brutality.

Thousands of other refugees like him, including women, children, men and elderly people, have no place to go.

The fields, forests and waysides have become sprawling beds for the seemingly endless stream of people crossing into Bangladesh since ethnic violence erupted in western Myanmar last month.

The exodus of Rohingya civilians began on August 25, when more than 370,000 Rohingya crossed from Myanmar's western state of Rakhine into Bangladesh, according to the U.N.

The refugees are fleeing a fresh security operation in which security forces and Buddhist mobs have killed men, women and children, looted homes and torched Rohingya villages. According to Bangladesh, around 3,000 Rohingya have been killed in the crackdown.

Refugees crossing into Bangladesh say the army and local Buddhist villagers killed Muslims and burned their villages one after another to drive them away from Rakhine.

As refugee camps in Bangladesh's south-eastern district of Cox's Bazar have already exceeded their capacity, new arrivals must stay - temporarily at least - in the forests, on roadsides or hill slopes. 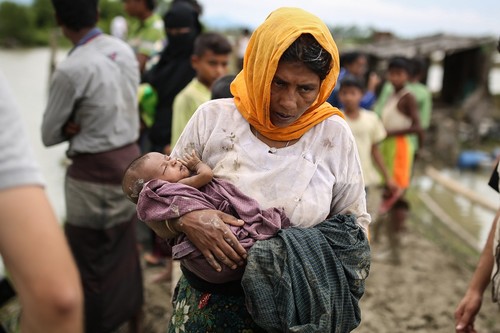 Nights are difficult for the tens of thousands who still lack tents.

Farmer Salim Ullah, 25, arrived in Bangladesh's Whykong Bazar along with 20 other people, and said his family was the last from his village to leave.

"The entire village is deserted. You will find only ashes if you go there," he said, sitting on a pile of family keepsakes packed inside plastic sacks.

Ullah, holding a flashlight, has been working as a night-watchman for fellow travelers as they sleep on one of the hill slopes in Thaing Khali. More than 300 people are crammed into the area, he said.

Some of them manage to make bed spreads on the mud with mats made of aquatic plants, tarpaulin or polythene sheets. They sleep with their few possessions close by their side.

Kawsar Ahmed, a local resident of the forest hill, said he had remained awake for the past three nights to guard refugees from any potential problems - especially since many young women and children are among them.

Some who stopped by the wayside were still looking for places to settle down. Others simply lay on the muddy surface with nothing to shelter them. Women covered in saris could be seen breast-feeding infants while surrounded by mosquitoes and other insects.

Sixty-year-old Abdul Malek of Maungdaw said he was awake until dawn worrying about where he would go in the morning.

"There is no assurance of food and shelter. How can I manage my seven-member family?" Malek said, adding that his family had not eaten for four straight days while making their way to Bangladesh.

"A group of volunteers gave us some dry food when we crossed the river into Bangladesh," he said.

Lokman Hakim, 65, sat next to a bridge on Teknaf-Cox's Bazar highway after crossing the Naf River, which separates Bangladesh from Myanmar, in the early hours on Monday.

Accompanied by his wife, two daughters and three sons, Hakim said he lost two other sons in the violence. Their home was burned down and their property was looted, he added.

"We need to stay in the open until we can find a shelter," he said.