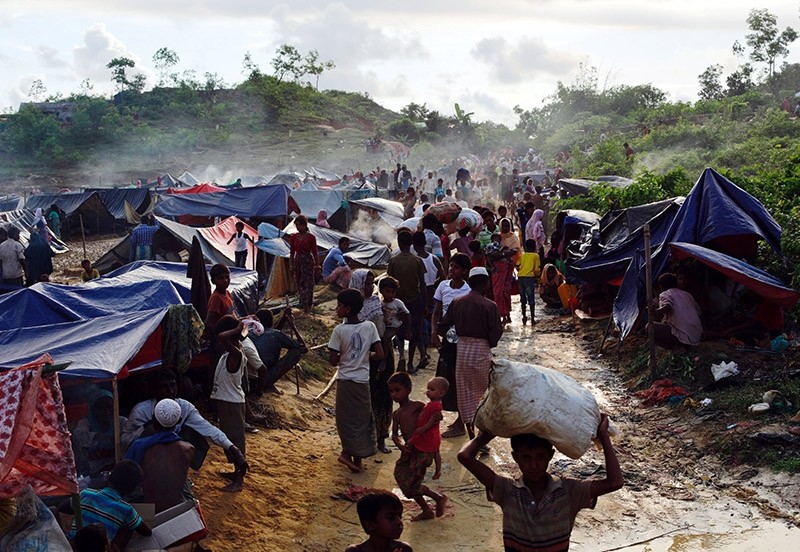 An estimated 10,000 to 20,000 Rohingya Muslim refugees are arriving in Bangladesh from Myanmar each day, the International Organization for Migration (IOM) has said.

The international community needs to do more to deal with the crisis, he said.

"We have to estimate the worst-case scenario where everybody [Rohingyas] moves out. We cannot just put our heads in the sand and say that everything will be okay," Mohamud said.

The Rohingya crisis "has caught all of us by surprise ... Nobody expected that you are going to get 400,000 people cross the border into Bangladesh, so nobody was ready, with food, shelter, health facilities."

There were an estimated 1.1 million Ronhingya in Rakhine state, who have endured decades of persecution in Buddhist-dominated Myanmar.

At least 300,000 had fled to Bangladesh before the latest crackdown started on August 25, following attacks by Rohingya insurgents on police targets.

The exodus since has taken the overall figure of those who have quit Myanmar to at least 700,000.

Other U.N. agencies have sounded the alarm over conditions in Bangladesh which is struggling to cope.

The camps around Cox's Bazar were ill-equipped even before the latest violence erupted.

The U.N. children's agency, UNICEF, says 60 percent of the new arrivals are children.

"There are acute shortages of everything, most critically shelter, food and clean water," said Edouard Beigbeder, UNICEF's representative in Bangladesh, in a statement.

"Conditions on the ground place children at risk of high risk of water-borne disease. We have a monumental task ahead of us to protect these extremely vulnerable children."

While the Myanmar military says Rohingya insurgents are behind the violence, U.N. Secretary General Antonio Guterres has called the military crackdown ethnic cleansing.

The U.N. Security Council on Wednesday called for "immediate steps" by Myanmar to end the violence.