At least 19 drown, 31 missing after boat capsizes in Indian river 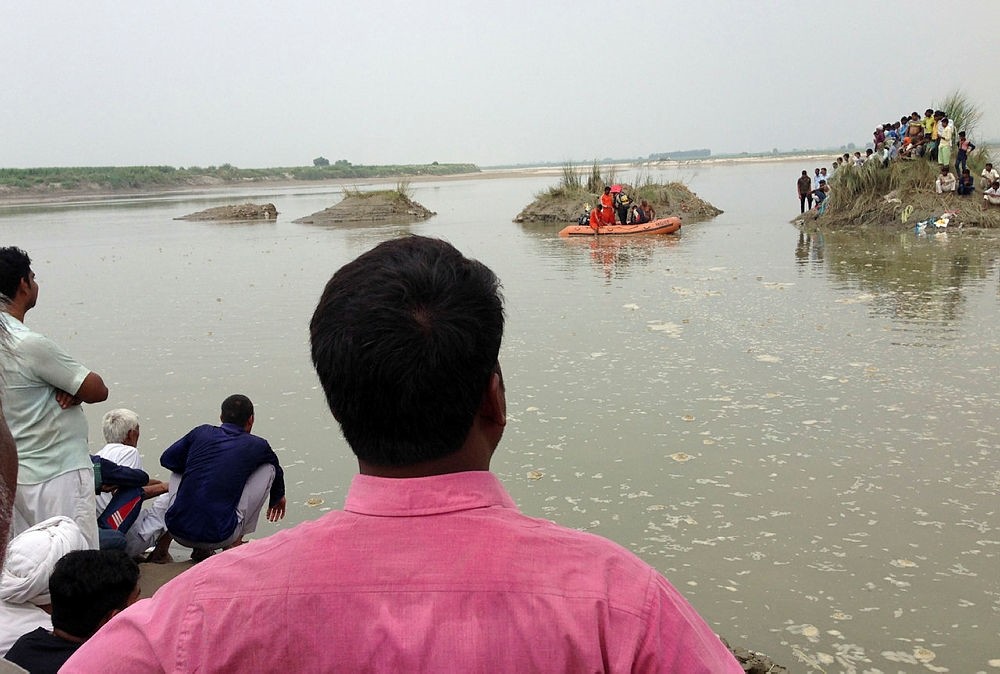 Villagers gather at the spot of a boat capsize as rescuers search in the Yamuna River near Baghpat town in Uttar Pradesh state, India, Thursday, Sept.14, 2017. (AP Photo)
by Associated Press Sep 14, 2017 12:00 am

A boat crowded with construction workers capsized in the Yamuna River in northern India early Thursday and at least 19 people have drowned, officials said.

More than 60 people were on the boat when it capsized near Baghpat town in Uttar Pradesh state early Thursday.

At least 10 people swam to safety while about 31 passengers are missing. Nineteen bodies had been pulled out of the river, Kumar said.

Authorities were investigating, though they believe overcrowding was a likely cause. The boat had a capacity for only 35 passengers, said district magistrate Bhawani Singh.

The workers crossed the river every day to their place of work in Baghpat, Singh said.

Accidents are common in India as many ferries are poorly built and often overcrowded, and there is little regard for safety regulations.

Heavy monsoon rains have flooded rivers in parts of India, where boats are often the main mode of transport in remote areas.