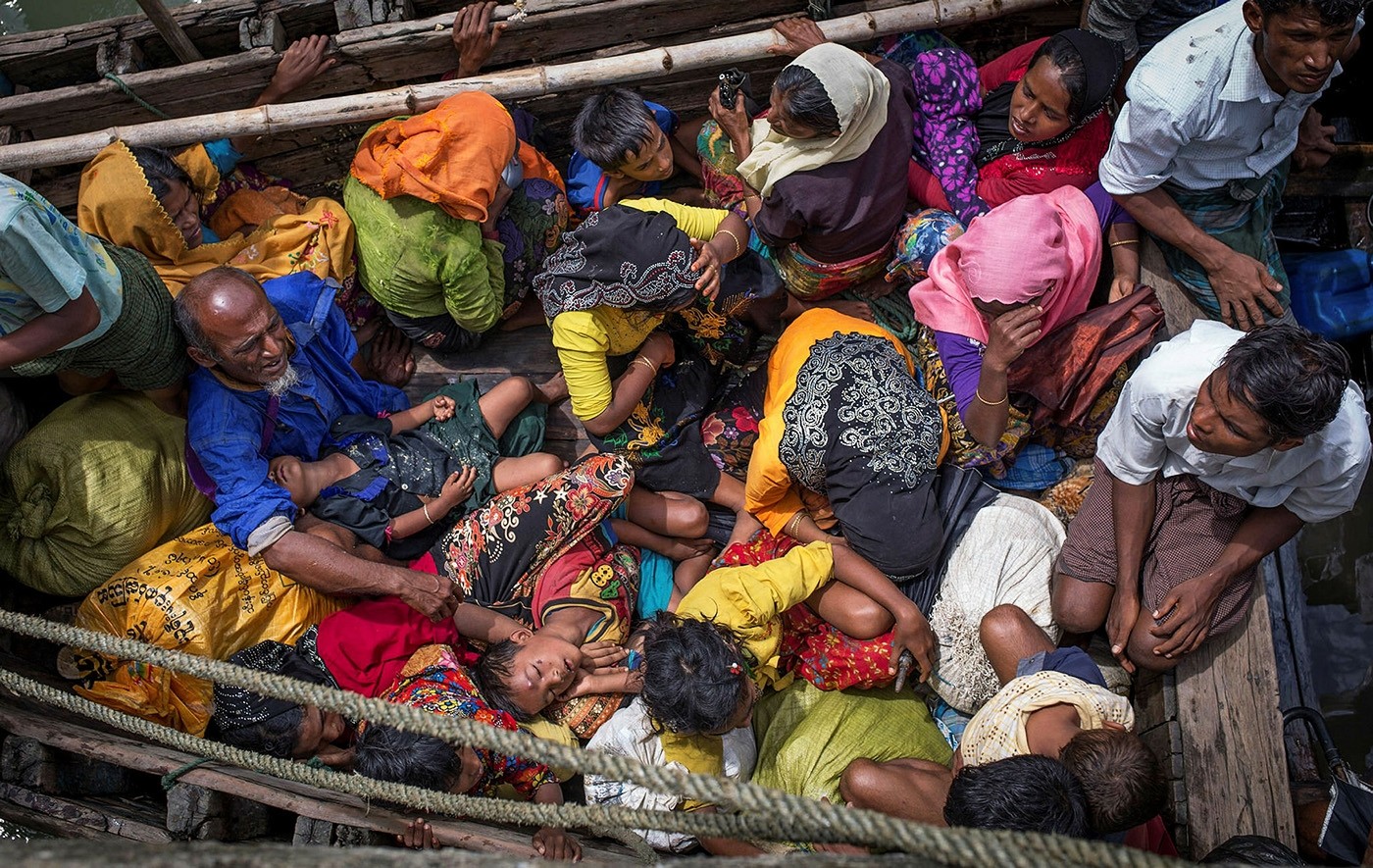 Bangladesh Prime Minister Sheikh Hasina headed for the UN General Assembly on Saturday to plead for global help coping with the Rohingya crisis, as the numbers seeking refuge in her country following a crackdown in Myanmar topped 400,000.

The prime minister left a day after her government summoned the Myanmar envoy for the third time to protest over its neighbor's actions. Her office said Hasina would demand more pressure on Myanmar during talks in New York.

Bangladesh has been overwhelmed by Rohingya Muslims since violence erupted in Buddhist-dominated Myanmar's Rakhine state on August 25.

The United Nations said Saturday that the total number of people to have entered Bangladesh having fled the unrest had now reached 409,000, a leap of 18,000 in a day.

Conditions are worsening in the border town of Cox's Bazar where the influx has added to pressures on Rohingya camps already overwhelmed with 300,000 people from earlier refugee waves.

"Sheikh Hasina will raise the Rohingya issue during her speech at the UN General Assembly. She will seek immediate cessation of violence in Rakhine state in Myanmar and ask the UN secretary general to send a fact-finding missing to Rakhine," a spokesman for the prime minister, Nazrul Islam, told AFP.

"She will also call the international community and the UN to put pressure on Myanmar for the repatriation of all the Rohingya refugees to their homeland in Myanmar," he said. The prime minister is to address the UN assembly on Thursday.

Foreign Minister A.H. Mahmood Ali earlier told reporters: "We will continue international pressure on the Myanmar government to immediately end its ongoing ethnic cleansing of the Rohingya," he added.

Amid mounting tensions between the two, the foreign ministry on Friday summoned the Myanmar charge d'affaires in Dhaka to protest alleged violations of its airspace by Myanmar drones and helicopter.

The ministry warned that the three encroachments between September 10 and 14 could lead to "unwarranted consequences". Myanmar did not immediately comment.

The Bangladesh government has also protested to the embassy over the planting of landmines near their border, which has killed several Rohingya, and the treatment of the refugees.

UN agencies and other relief groups have warned that the refugee crisis could get out of control.

The World Health Organization and UN children's agency on Saturday launched vaccination campaigns against measles rubella and polio. They estimate that 60 percent of the new arrivals are children.

Most Rohingya, who spent more than a week trekking cross-country from Rakhine to reach the Bangladesh border, have found existing camps overflowing and have instead settled on muddy roadsides.

Many families do not have a shelter over their heads and refugees have been fighting for food and water deliveries.

"The needs are seemingly endless and the suffering is deepening," said UNICEF spokeswoman Marixie Mercado.

Outside the giant Balukali camp, Jamila Khatun, 60, sat under a blue plastic bin bag held up by bamboo poles with her children and grandchildren as she recounted her journey to Bangladesh.

She said she handed over her jewellery to a Bangladesh boatman two days ago to get across the river frontier from Myanmar.

"We walked by night for three or four days to avoid the military and then came over by boat.

"We don't know what we will do or where we will live but if people here feed us we will stay. We don't want to go back," she told AFP.

Nur Khan Liton, a respected Bangladeshi rights activist working with the refugees in Cox's Bazar, told AFP: "Refugees are still pouring in. But there is no attempt to bring discipline and order in the aid management."

Liton said the Rohingya "have become victims of muggings and extortion" and that cases of diarrhea are spreading. "I heard that one Rohingya boy has died of diarrhoea."

The government has put the army in charge of ferrying foreign relief aid from airports to Cox's Bazar. It also plans to build 14,000 shelters, which it hopes will be enough for 400,000 people. Each shelter can house six refugee families.