Japan PM says time for North Korea dialogue over, backs US' 'all options on table' stance 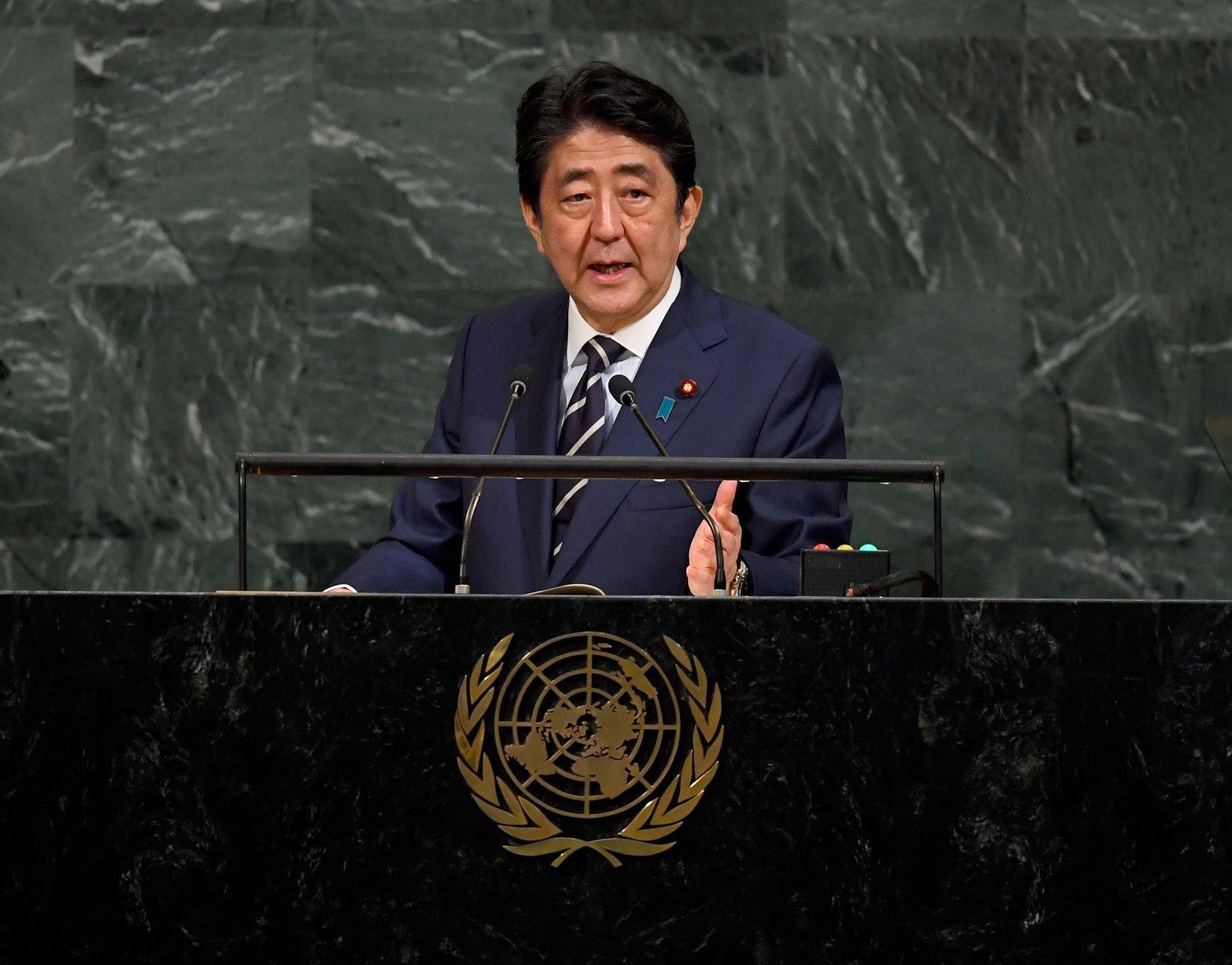 Japanese Prime Minister Shinzo Abe on Wednesday declared the time for dialogue with North Korea is over and rallied behind a U.S. warning that "all options" are on the table.

Addressing the U.N. General Assembly, Abe said "there is not much time left" to take action on North Korea which in recent weeks has detonated another nuclear bomb and fired a series of missiles over or near Japan.

A day after U.S. President Donald Trump threatened to "totally destroy" North Korea if it attacks, Abe said: "We consistently support the stance of the United States: that 'all options are on the table.'"

Abe said that the world has already tried exhaustively to reach a negotiated settlement with North Korea, starting with the U.S.-backed 1994 Agreed Framework which collapsed a decade later.

"Again and again, attempts to resolve issues through dialogue have all come to naught. In what hope of success are we now repeating the very same failure a third time?" he said.

"What is needed to do that is not dialogue, but pressure," he said.

He voiced alarm at North Korea's military progress, which he said had brought the regime to the threshold of mastering hydrogen bombs and intercontinental ballistic missiles, which would be able to strike the United States.

Abe demanded the strict implementation of U.N. sanctions on Kim Jong-Un's regime, the latest round of which includes a ban on the country's textile exports and a freeze on work permits to North Korean guest workers.

But years of sanctions have had limited effects on North Korea, which follows a "juche" ideology of self-reliance and counts on neighboring China as its economic lifeline.

China -- which has grown frustrated by Kim's actions but also fears the consequences of his regime's collapse -- has repeatedly urged dialogue, with Foreign Minister Wang Yi on Tuesday urging an end to the "current deepening vicious cycle."

"There is no military solution because that would be a disaster, not only for North Korea but for South Korea, the whole peninsula, Japan," Lofven told reporters.

But Abe warned that global credibility was on the line, saying that only North Korea has been "allowed such self-indulgence" in its defiance of the Security Council.

"North Korea is attempting to dismiss with a smirk the efforts towards disarmament we have assiduously undertaken over the years," Abe said.

Abe, Japan's longest-serving post-World War II prime minister, rose to political prominence on his calls for a tough line on North Korea over its past abductions of Japanese civilians.

He has also pressed for a shedding of defense taboos in Japan, whose U.S.-imposed constitution forbids the country from ever again waging war.