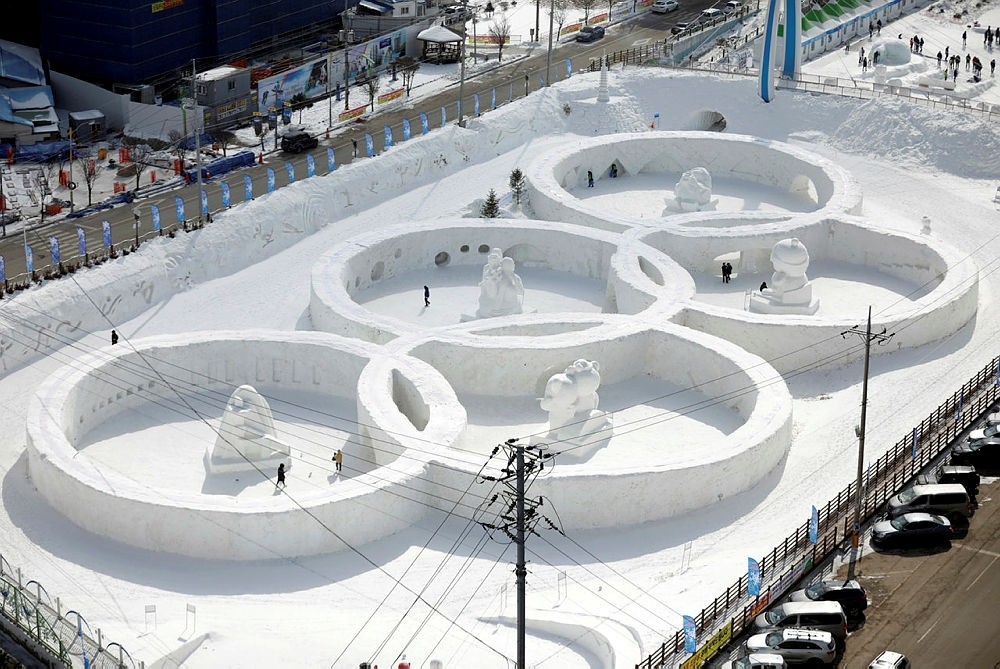 France will boycott next year's Winter Olympics in South Korea if tensions with North Korea get worse, France's sports minister has said.

The Games are scheduled to take place from February 9-25 in Pyeongchang, less than 100 kilometres away from the border with North Korea.

North Korea's recent ballistic missile and nuclear tests have been the focus of discussions this week at the UN General Assembly in New York. On Thursday, South Korean President Moon Jae In told US President Donald Trump that the North's ongoing provocations were "extremely deplorable."

Now French sports minister Laura Flessel has become the first major government figure to publicly talk of a possible boycott of the Games due to the ongoing tensions on the Korean Peninsula.

"We will never put our team in danger," she told radio station RTL, according to French news agency AFP. "If it gets worse and we do not have their security confirmed, our French team will stay here."

Flessel added that she was in close contact with France's Ministry of Foreign Affairs and that people should "not worry" about the Games team, which has been training for the event for four years.

Earlier this month, International Olympic Committee president Thomas Bach said there was "not even a hint" that the Games were under threat. He said he was hoping for a diplomatic solution to tensions in the region.

The chief executive of the Swedish Olympic Committee said on Friday that Sweden is still planning to participate in the Olympics.

"Our position is crystal clear. We are aiming to take part in the Olympic Games in South Korea and I am sure they will take place," chief executive Peter Reinebo told Swedish television SVT.

The Swedish Olympic Committee is closely following events and is soon planning to travel to South Korea. It would heed recommendations from Swedish authorities and the International Olympic Committee, he added.

Reinebo said the Swedish Olympic Committee was not aware that any Swedish athletes or coaches had raised concerns.

"The security at Olympic events is enormous. We have a different world now and several incidents have taken place, and you can experience trouble in any major city or airport," Reinebo said.

Neighbouring Denmark has also not seen any reason to consider bowing out of the Winter Olympics in Pyeongchang, the director of the Danish Sports Confederation, Morten Molholm, told Danish broadcaster DR.