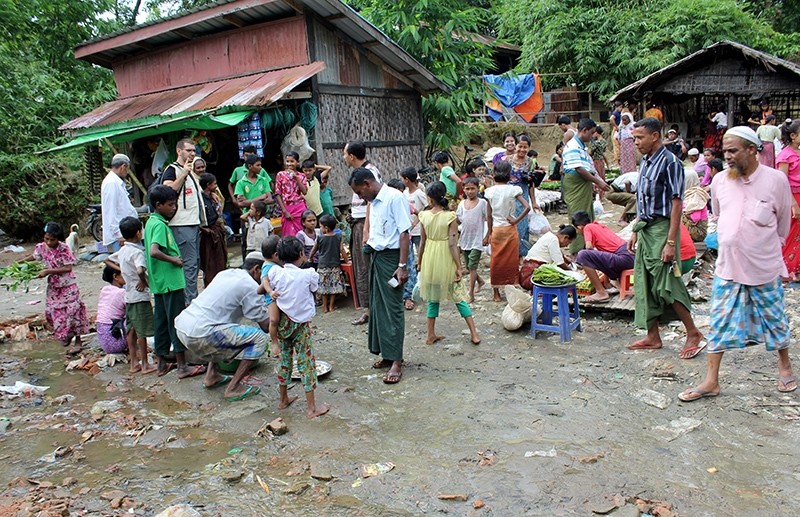 Twenty homes caught fire and a bomb was detonated near a mosque in Myanmar's Rakhine state, the government said Friday, the latest unrest in a region that has seen hundreds of thousands of Rohinyga Muslims flee in under a month.

The violence comes days after Myanmar's civilian leader Aung San Suu Kyi declared that the military had ceased its "clearance operations" in the border area.

The army claims it is trying to flush out Rohingya militants who attacked police posts on August 25.

But civilian refugees streaming into Bangladesh say they were terrorized by soldiers and vigilante Buddhist mobs who torched their villages to the ground.

The testimony, alongside satellite images of some 200 villages reduced to ash, have fuelled accusations that Myanmar's army is systematically purging a Muslim minority haunted by years of persecution.

The U.N. has described the military campaign as "ethnic cleansing".

The latest violence saw 20 homes catch fire in Maungdaw's Kyain Chaung village on Thursday night, according to a statement posted by the government's Information Committee.

"Security members went and checked the fire and are investigating its cause," said the statement, adding that the flames burned through a community previously hit by fire.

The following morning a bomb detonated outside of a mosque in Mi Chaung Zay village in nearby Buthidaung township, according to the government.

No deaths or injuries were reported in either incident.

Myanmar's government admits that scores of villages have been burned down over the past month.

Those refugees have largely fled south, with some cramming into temples and even a derelict football stadium outside the state capital of Sittwe.

The government has blocked independent media access to the conflict zone in northern Rakhine, making it difficult to verify the swirl of claims and counterclaims that has amplified Myanmar's already bitter ethnic divides.

Suu Kyi, who lacks control over the army in a delicate power-sharing agreement, broke her silence on the crisis Tuesday in a televised address pitched to an international community baffled by her failure to speak up for the Rohingya.

The Muslim minority is denied citizenship by the state and has been the target of festering Islamophobia in mainly Buddhist Myanmar for years.

The Nobel laureate expressed sympathy for the "suffering of all people" swept up in the violence.

But she also tried to paint a glass-half-full picture of the situation in Rakhine, announcing that "more than 50 percent of the villages of Muslims are intact."

She said armed clashes and clearance operations had ceased since Sept. 5, even though multiple reports have seen homes on fire in the weeks since.