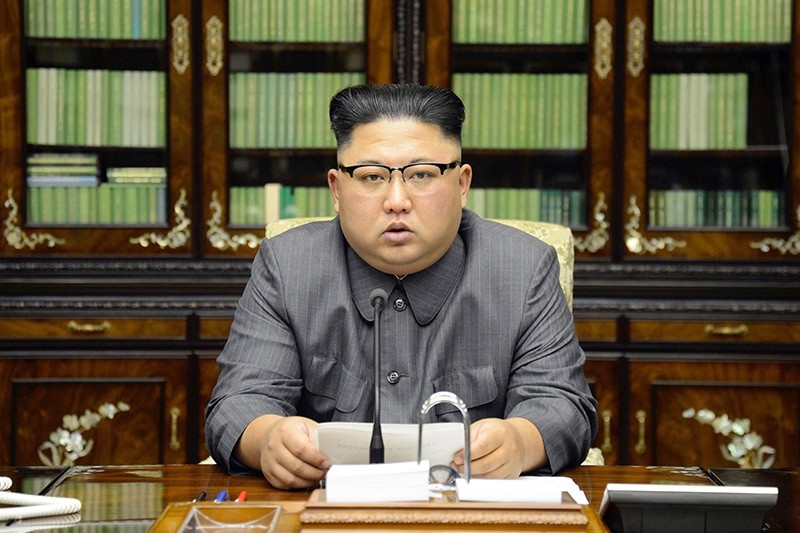 North Korea's Supreme Leader Kim Jong Un said in a rare statement on Friday the North will consider the "highest level of hard-line countermeasure in history" against the United States in response to Donald Trump's threat to "totally destroy" the North as his foreign minister hinted the regime may explode a hydrogen bomb over the Pacific Ocean..

Calling Trump "mentally deranged" and his comments "the most ferocious declaration of a war in history," Kim said his U.N. speech on Tuesday confirmed Pyongyang's nuclear program has been "the correct path."

"His remarks ... have convinced me, rather than frightening or stopping me, that the path I chose is correct and that it is the one I have to follow to the last," Kim said in the statement carried by the North's official KCNA news agency.

"As a man representing the DPRK and on behalf of the dignity and honor of my state and people and on my own, I will make the man holding the prerogative of the supreme command in the U.S. pay dearly for his speech," Kim said, referring to the North by its official name, the Democratic People's Republic of Korea.

Trump "insulted me and my country in front of the eyes of the world and made the most ferocious declaration of a war in history", Kim said, according to the official Korean Central News Agency.

"I will make the man holding the prerogative of the supreme command in the U.S. pay dearly for his speech," which he called "unprecedented rude nonsense."

On the fringes of the UN General Assembly in New York, North Korean Foreign Minister Ri Yong-ho told reporters Pyongyang might now consider detonating a hydrogen bomb outside its territory.

"I think that it could be an H-bomb test at an unprecedented level perhaps over the Pacific," he said.

However, he added: "It is up to our leader so I do not know well."