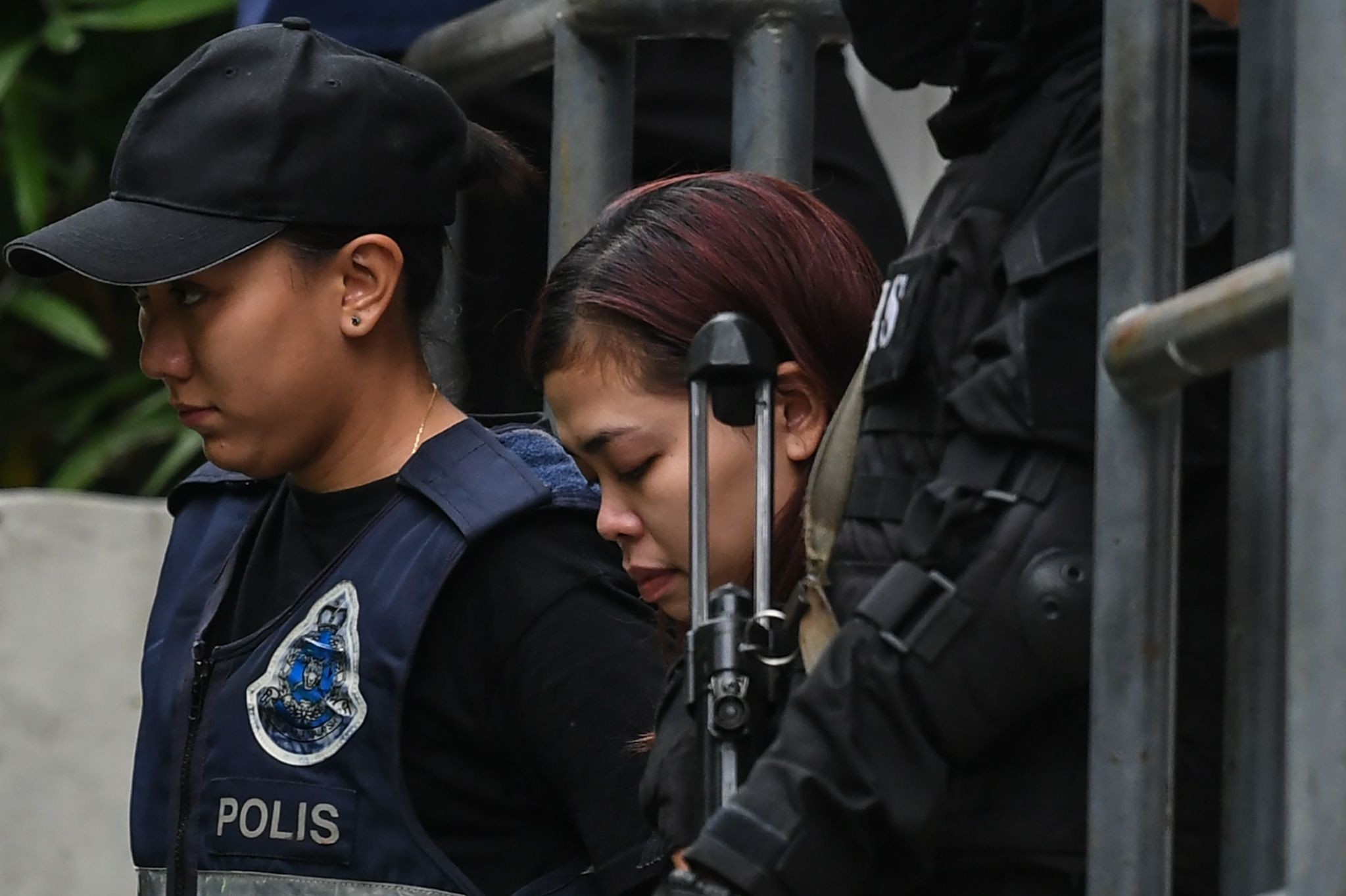 Two women go on trial Monday accused of murdering the half-brother of North Korea's leader, in an audacious assassination in Malaysia that stunned the world and sparked a diplomatic crisis.

The defendants were arrested just days after the Cold War-style killing of Kim Jong-Nam on February 13 as he waited to board a plane to Macau at Kuala Lumpur airport, but have barely been seen since.

Indonesian Siti Aisyah and Vietnamese Doan Thi Huong, both in their 20s, are accused of rubbing toxic VX nerve agent in his face in a hit that captivated global media attention.

Kim died an agonising death about 20 minutes after the attack, which was caught on airport CCTV as the VX -- a chemical so deadly it is listed as a weapon of mass destruction -- rapidly overcame his central nervous system.

The murder sparked a fierce row between North Korea and Malaysia, which had been one of Pyongyang's few allies amid global alarm over the country's atomic weapons programme, with both countries expelling each other's ambassadors.

The women -- who may face the death penalty if convicted -- are expected to plead not guilty at the start of the trial. The pair claim they were duped into believing they were taking part in a prank for a reality TV show.

Defence lawyers are convinced the real culprits have left Malaysia and that the women's innocence will be proven in court.

"We are fairly confident that at the end of trial, they will probably be acquitted," Hisyam Teh Poh Teik, a lawyer for Huong, told AFP.

Their only appearances since February have been at heavily guarded court dates, with the diminutive pair dwarfed by heavily armed police as they have been ushered into hearings wearing flak jackets and handcuffs in front of the world's media.

The closely-watched trial begins Monday at Sham Alam High Court, just outside Kuala Lumpur, with the prosecution to start presenting its case after the women's pleas.

There are still many unanswered questions surrounding the murder.

These range from how two women living precarious existences among Malaysia's army of migrant workers allegedly became involved in a high-profile assassination, to how a lethal nerve agent was deployed in an airport and killed Kim but harmed no one else.

South Korea accuses the North of being behind the murder of Kim Jong-Un's estranged half-brother, who had voiced criticism of the regime after falling from grace and going to live in exile overseas.

The North denies the allegation.

The run-up to the trial has been marked by fierce criticism from the women's lawyers who accuse prosecutors of failing to properly cooperate with them.

Some North Korean figures suspected of links to the plot fled Malaysia immediately after the assassination, while others were allowed to leave the country later to ease the diplomatic crisis.

Prosecutors -- who insist the women will get a fair trial -- will lay out their case over two months and will call 30 to 40 witnesses. The defence is then likely to be called.