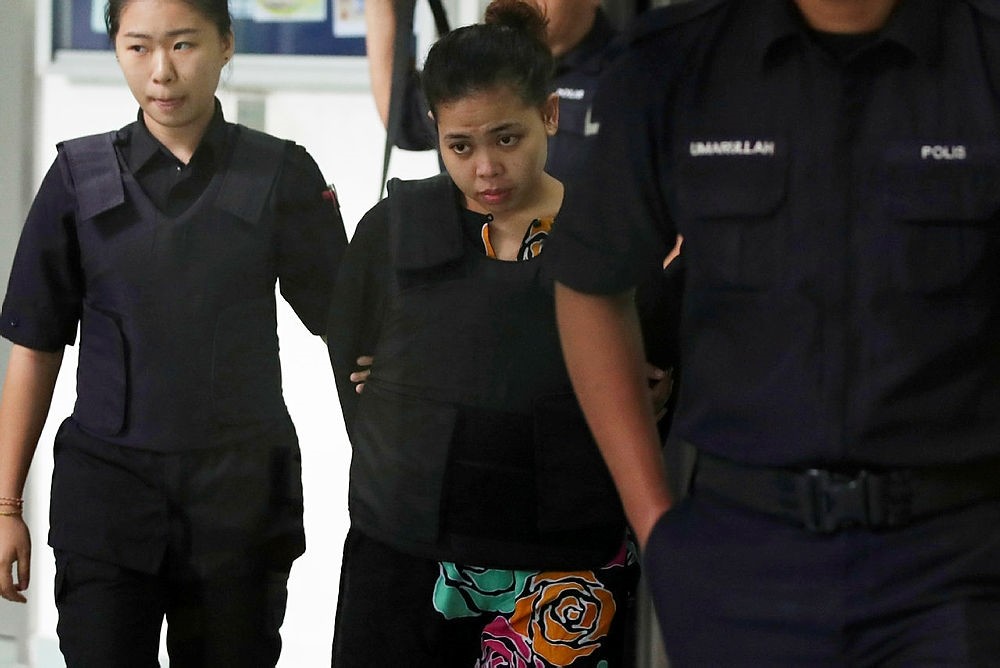 Indonesian Siti Aisyah, center, is escorted by police as she leaves after the court hearing at Shah Alam court house in Shah Alam, outside Kuala Lumpur, Malaysia, Monday, Oct. 2, 2017. (AP Photo)
by Associated Press Oct 05, 2017 12:00 am

A chemist says he found a byproduct of VX nerve agent on the shirt of the Indonesian woman on trial in Malaysia for the murder of the half brother of North Korea's leader.

The testimony Thursday was the first evidence linking VX to either of the two suspects. Previous witnesses have testified the nerve agent was found on Kim Jong Nam's body and belongings and have identified acute VX poisoning as the cause of Kim's death.

Raja said VX will degrade when it reacts with water, leaving detectable byproducts, and a person can fully decontaminate their hands by washing and scrubbing.