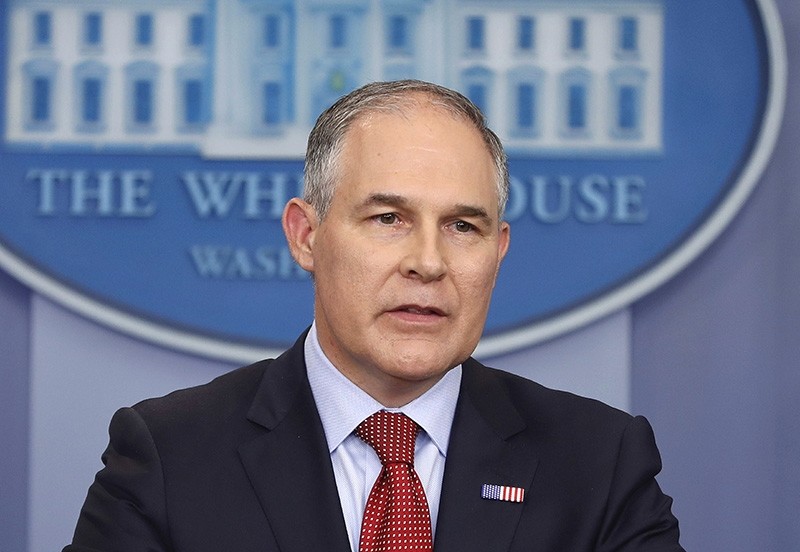 The head of the U.S. Environmental Protection Agency said on Monday he would sign a proposed rule on Tuesday to begin withdrawing from the Clean Power Plan, former President Barack Obama's centerpiece regulation to fight climate change.

"Here's the president's message: The war on coal is over," EPA Administrator Scott Pruitt told a gathering in the Kentucky coal-country town of Hazard.

"Tomorrow in Washington, D.C., I'll be signing a proposed rule to withdraw the so-called Clean Power Plan of the past administration and thus begin the effort to withdraw that rule," he said.

For Pruitt, getting rid of the Clean Power Plan will mark the culmination of a long fight he began as the elected attorney general of Oklahoma. Pruitt was among about two-dozen attorney generals who sued to stop President Barack Obama's push to limit carbon emissions.

Closely tied to the oil and gas industry in his home state, Pruitt rejects the consensus of scientists that man-man emissions from burning fossil fuels are the primary driver of global climate change. President Donald Trump, who appointed Pruitt and shares his skepticism of established climate science, promised to kill the Clean Power Plan during the 2016 campaign as part of his broader pledge to revive the nation's struggling coal mines.

In his order Tuesday, Pruitt is expected to declare that the Obama-era rule exceeded federal law by setting emissions standards that power plants could not reasonably meet.

Obama's plan was designed to cut U.S. carbon dioxide emissions to 32 percent below 2005 levels by 2030. The rule dictated specific emission targets for states based on power-plant emissions and gave officials broad latitude to decide how to achieve reductions.

Even so, the plan helped drive a recent wave of retirements of coal-fired plants, which also are being squeezed by lower costs for natural gas and renewable power, as well as state mandates promoting energy conservation.

The withdrawal of the Clean Power Plan is the latest in a series of moves by Trump and Pruitt to dismantle Obama's legacy on fighting climate change, including the delay or roll back of rules limiting levels of toxic pollution in smokestack emissions and wastewater discharges from coal-burning power plants.

The president announced earlier this year that he will pull the United States out of the landmark Paris climate agreement. Nearly 200 countries have committed to combat global warming by reducing carbon dioxide and other greenhouse gases that contribute to global warming.