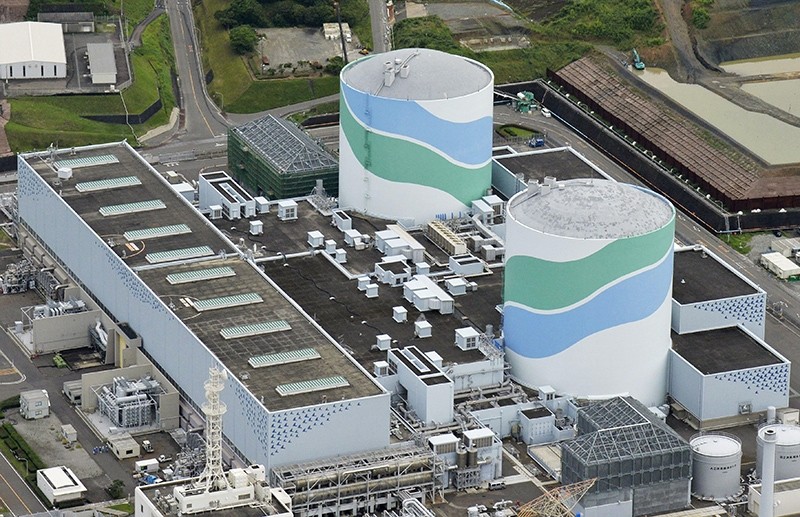 This aerial file photo taken on July 7, 2015, shows reactors of No. 1, right, and No. 2 at the Sendai Nuclear Power Station in Satsumasendai, Kagoshima prefecture, southern Japan. (Hiroko Harima/Kyodo News via AP)
by Oct 10, 2017 12:00 am

A district court in Fukushima prefecture on Tuesday ruled that Tokyo Electric Power (Tepco) and the Japanese government were liable for damages totaling about 500 million yen ($4.44 million) in the largest class action lawsuit brought over the 2011 nuclear disaster, Kyodo news agency said.

A group of about 3,800 people, mostly in Fukushima prefecture, filed the class action suit, marking the biggest number of plaintiffs out of about 30 similar class action lawsuits filed across the nation.

This is the second court ruling that fixed the government's responsibility after a Maebashi district court decision in March.

All the three district court decisions so far have ordered Tepco to pay damages. Only the Chiba court decision last month did not find the government liable for compensation.

The plaintiffs in Fukushima case have called on defendants for reinstating the levels of radioactivity at their homes before the disaster, but the court rejected the request, Kyodo said.

Tepco has long been criticized for ignoring the threat posed by natural disasters to the Fukushima plant and the company and the government were lambasted for their handling of the crisis.