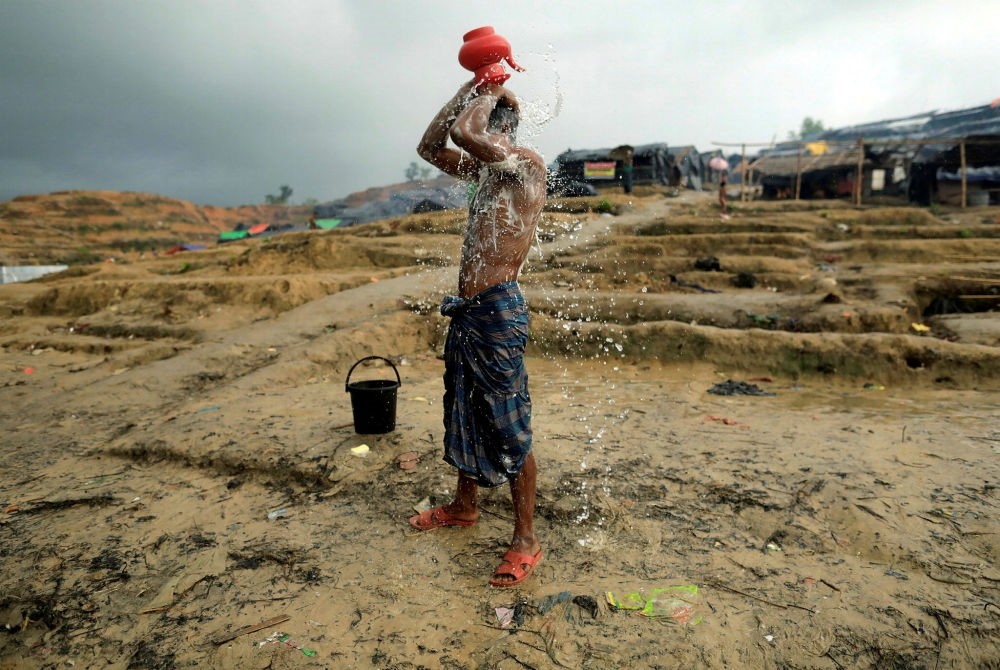 Bangladesh has banned three Islamic charities from working with Rohingya refugees, a lawmaker said yesterday, amid concerns displaced Muslims in camps along its border could be radicalized.

Mahjabeen Khaled, an MP from the ruling Awami League, said the international charities Muslim Aid and Islamic Relief, and Bangladesh-based Allama Fazlullah Foundation, had been blacklisted from the Rohingya refugee camps in southernmost Cox's Bazar district.

Khaled, who sits on the parliamentary standing committee on foreign affairs, said no specific allegations had been levelled at the charities. But authorities were "scrutinizing and screening" all aid agencies wanting to contribute to the massive relief effort in Cox's Bazar, where more than half a million refugees had fled to squalid camps since August.

"We want to monitor who is giving aid, and why, for security reasons. Who are funding them, and what they are going to do with the money?" Khaled told AFP.

"They [Rohingya] are vulnerable. A lot can be done with this Rohingya people. We want to be careful," she said, adding it would be "easy" to lure the refugees to militancy.

Bangladesh has heavily curtailed access to the Rohingya camps in recent years, but eased restrictions last month after more than 520,000 new refugees poured across the border.

The government's NGO Affairs Bureau approved 30 local and global aid groups to meet "emergency needs" in the overwhelmed camps, which already housed about 300,000 Rohingya before the latest influx.

Before that, just four international charities including Doctors With Borders (MSF) and Action Against Hunger (ACF) were permitted to operate in the sensitive border district.

Khaled said Muslim Aid had also been banned from working in the refugee camps in 2012, when tens of thousands of Rohingya Muslims fled a separate surge of violence in neighboring Myanmar.

Myanmar's Buddhist majority denies that Rohingya Muslims are a separate ethnic group and regards them as illegal immigrants. The Rohingyas are stateless Muslim minority who have long faced persecution in Myanmar, which regards them as illegal immigrants from Bangladesh. The U.N. says more than 600,000 have arrived in the last year, swelling camps that were already home to between 300,000 and 400,000 refugees. Bangladesh has allocated land to accommodate some 800,000 refugees in one massive camp, but the U.N. has warned that such a large concentration in one area could promote the spread of disease.