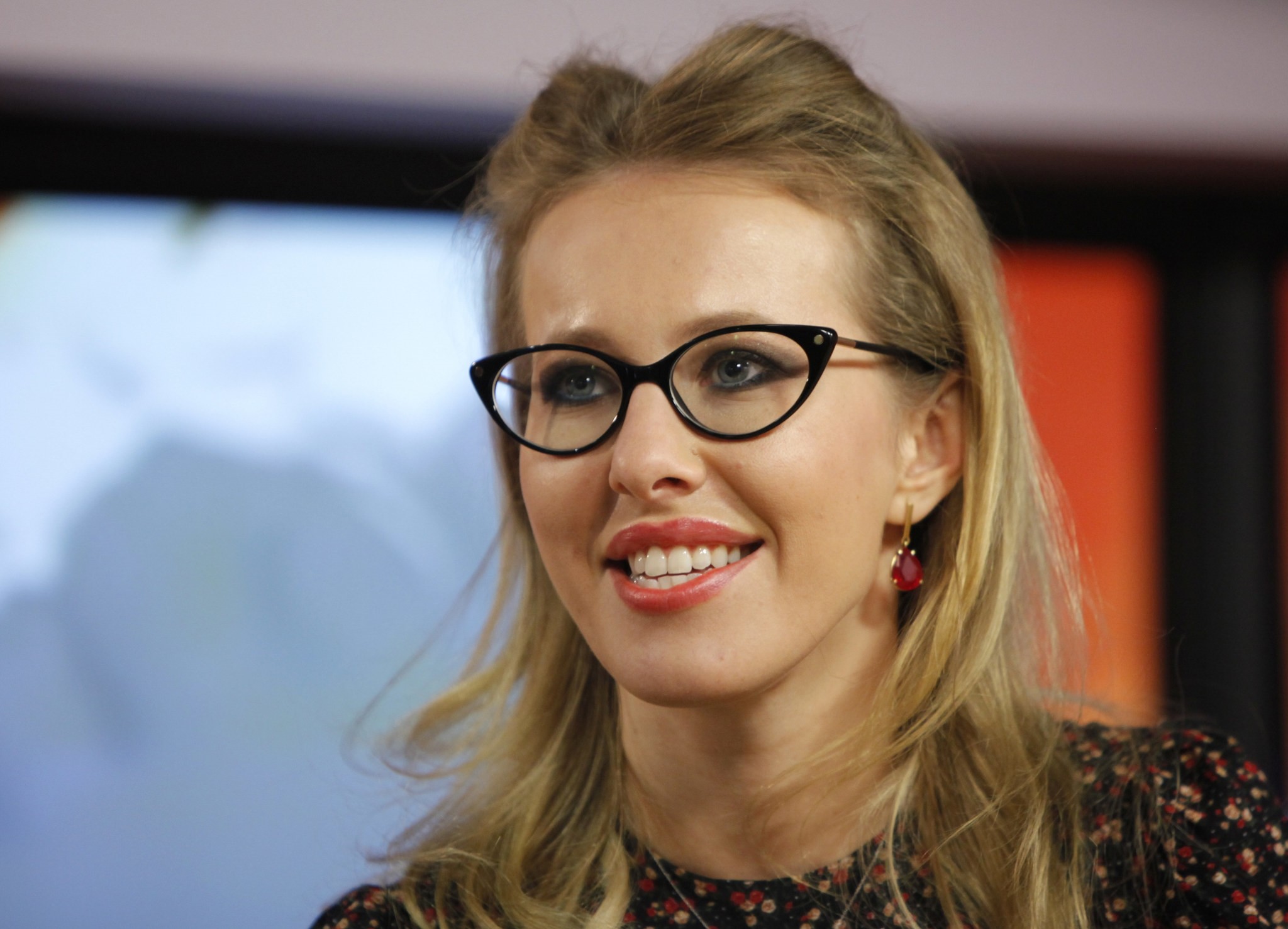 In this file photo taken on Wednesday, Jan. 18, 2012, Russian socialite and TV host Ksenia Sobchak speaks to journalists during her interview in the Echo Moskvy. (AP Photo)
by Oct 18, 2017 12:00 am

Russian TV personality Ksenia Sobchak said on Wednesday she planned to run in next year's presidential election, offering liberal voters unhappy with President Vladimir Putin's rule someone to back, though she has little prospect of winning.

Opinion polls show Putin, who has dominated Russian politics for nearly two decades, will comfortably win re-election if, as most observers expect, he decides to seek what would be his fourth term in March.

However, a significant minority of voters accuse the Kremlin chief of overseeing a corrupt system that has isolated Russia from the outside world, and many of them have taken part in mass protests organized by Putin critic Alexei Navalny.

Russian officials say Navalny is ineligible to run for president due to a criminal conviction he says was fabricated.

Sobchak, who has been described by Vogue magazine as the Russian version of U.S. socialite Paris Hilton and is the daughter of Putin's former mentor, said she had decided to run because she was tired of the same politicians, including Putin, running year after year.

In a video clip posted online on Wednesday evening, Sobchak, 35, said she had the right to run for Russia's top political job under the country's constitution, which stipulates that all candidates must be 35 or older.

"When I was 18 and was studying in university, Vladimir Putin became president of Russia. Children who were born that year will go and vote themselves this year. Just think about that."

But some Russian liberals fear Sobchak's participation will play into the Kremlin's hands by splitting the opposition vote.

Last month, commenting on rumors that Sobchak would run, Navalny complained that she was being used by the Kremlin as a safe lightning conductor for voters' dissatisfaction.

She was being drawn into "this fairly loathsome Kremlin game that goes by the title of: 'Let's put a liberal laughing-stock up for the elections in order to distract attention,'" said Navalny.

Sobchak told the opposition-leaning TV broadcaster Rain she had told Putin in advance of her intention to run, adding it had seemed to her that he had not liked her decision.

The Kremlin has said she is eligible to run in the election.

Sobchak is the daughter of Anatoly Sobchak, the reformist former mayor of St Petersburg who hired Putin as an official in City Hall in the 1990s. Sobchak, who died in 2000, became a mentor to Putin. Sobchak's mother, Lyudmila Narusova, sits in the upper house of the Russian parliament.

After graduating from the prestigious MGIMO university in Moscow, she became a nationwide celebrity when she hosted a Russian reality TV show called Dom 2.

She became active in opposition politics around the time that Putin, in 2012, was re-elected to the presidency after stepping down for four years to comply with constitutional term limits.

She appeared at opposition rallies, spoke out against the Kremlin on social media, and recast herself as a news anchor for the Rain broadcaster.