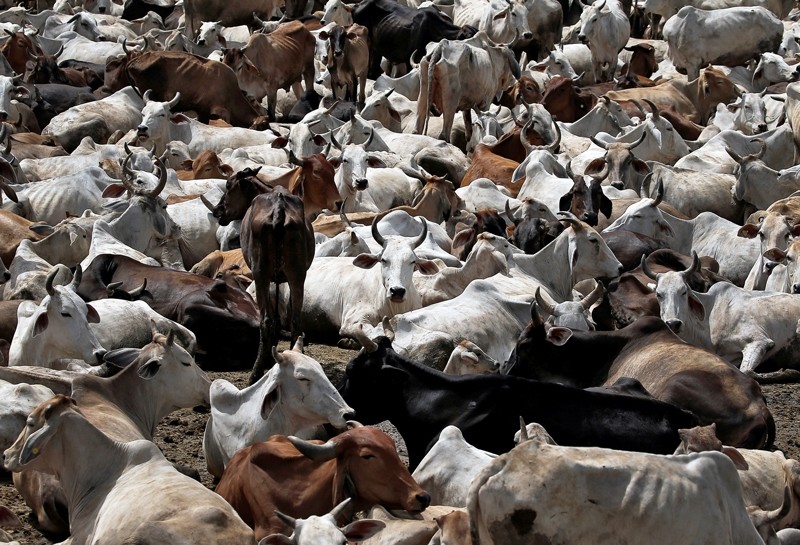 A Muslim man died and another was injured after a group of men shot at them and beat them up while they were transporting cattle in India's Rajasthan state, Muslim community leaders said Sunday.

"The victims were cow smugglers. We will carry out a thorough investigation," Alwar district police officer Mool Singh Rana said after the incident late on Saturday.

The slaughter of cows and consumption of beef is restricted or banned in several Indian states, including Rajasthan.

Hindus, a majority in the country, regard the cow as holy, and this is the latest in a series of incidents of so called "cow vigilantes" attacking people transporting cattle.

A Muslim Meo community leader said the men - both from the community - were taking the cow home and it was not meant for slaughter.

One of the men in Rajasthan died of bullet injuries soon after the incident, while the other was being treated at a hospital, said Meo leader Maulana Hanif.

The incident comes barely seven months after a similar incident in the region when a group of Muslim men were attacked by a mob on suspicion that they were smuggling cows. One of the men died of his injuries.

"These incidents need to stop. The perpetrator of this crime must be arrested immediately and punished," Hanif said.

Hard-line Hindu groups, including those linked with the ruling Bharatiya Janata Party (BJP), have called for a nationwide ban on the slaughter of cows and have been blamed for such attacks.