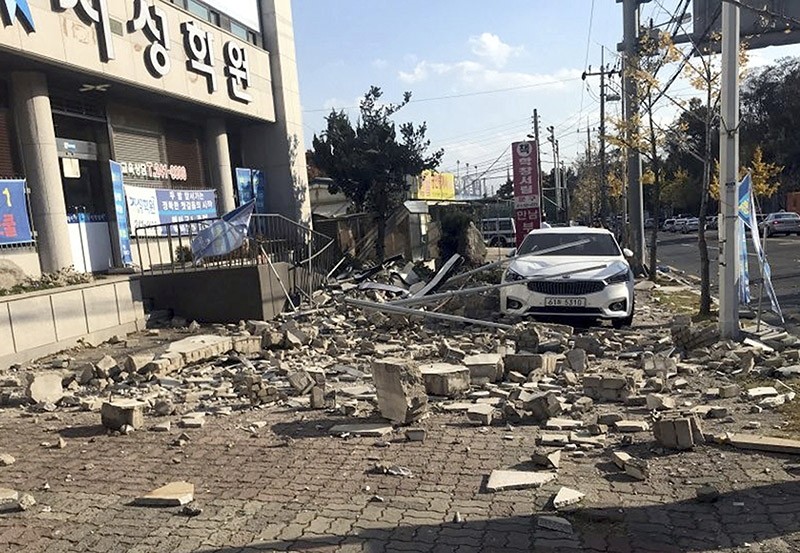 A powerful earthquake struck the South Korean city of Pohang on Wednesday, with local media reporting that resulting tremors were felt hundreds of kilometers away in Seoul.

The 5.4-magnitude quake struck at 2:29 pm (0529 GMT) north of Pohang, the Korea Meteorological Administration (KMA) said on it website.

The KMA also reported other earthquakes in short succession in Pohang afterwards.

So far, there have been no reports of casualties or damage to the nuclear power plants south of Pohang, the Korea Times reported, citing local utilities.

The quake was felt across South Korea, including in the capital and on the southern island of Jeju, with reports there of buildings shaking and picture frames falling off walls, South Korean news agency Yonhap said.

The Korean peninsula rarely has to worry about significant quakes.

But seismic activity is closely monitored because a spike in activity is often the first indication that North Korea has carried out a nuclear test.

South Korean President Moon Jae-In, on his way to Seoul after attending the Asean summit in Manila, is set to hold an emergency meeting upon arrival, his office said.

The most powerful quake recorded in the south was a 5.8-magnitude tremor that hit the southeastern city of Gyeongju in September last year.