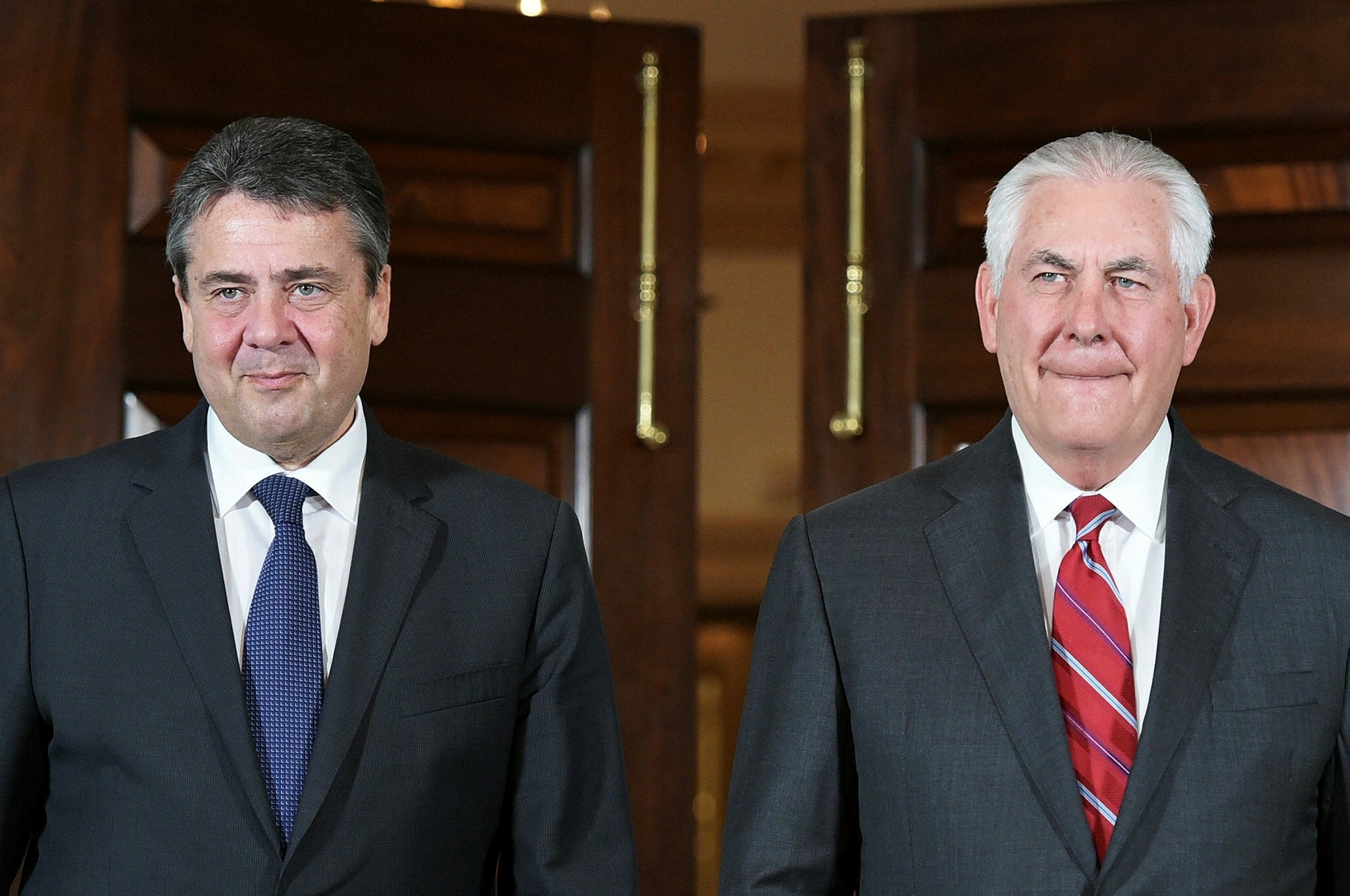 US Secretary of State Rex Tillerson (R) and Germany's Foreign Minister Sigmar Gabriel arrive to pose for photos ahead of a bilateral at the State Department in Washington, DC on November 30, 2017. (AFP Photo)
by French Press Agency - AFP
Nov 30, 2017 12:00 am

Germany will reduce its diplomatic mission in Pyongyang and require Democratic People's Republic of Korea (DPRK) to reduce its presence in Berlin, Foreign Minister Sigmar Gabriel said Thursday after meeting his US counterpart.

US Secretary of State Rex Tillerson welcomed Gabriel to the State Department as Washington is turning up the pressure on its allies to do more to isolate Kim Jong-Un's defiant nuclear-armed regime.

"We have already reduced our embassy staff in North Korea and will do so once more," Gabriel told reporters afterwards, adding that two diplomats have been withdrawn and one more will follow.

More Germans may leave the embassy, but this will be carried out in consultation with Germany's European allies, some of whom also have missions in the North.

"We have also told the North Koreans that they will have to reduce their embassy staff," he said, adding: "We are thus increasing the diplomatic pressure."

The Tillerson-Gabriel meeting came after President Donald Trump complained that China has failed to persuade Kim to halt his nuclear and ballistic missile program and as Washington calls for a fuel embargo.