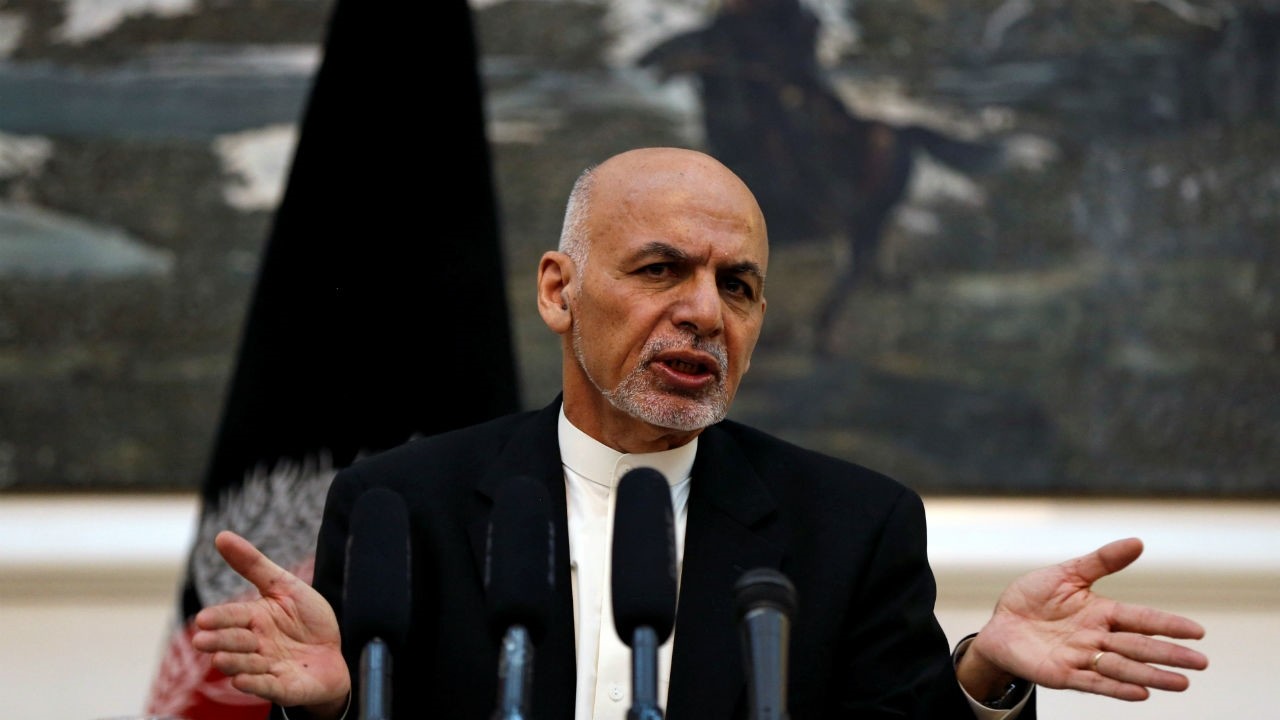 Afghanistan's President Ashraf Ghani apologized Sunday after suggesting that those who claim he and Afghan government officials have ties with Daesh terror group either "prove evidence or wear a headscarf."

A statement from the presidential palace said: "The president is a very prominent advocate of women's rights and has taken unique steps to strengthen and preserve their position since his tenure as the president of Afghanistan."

The statement added that the president used the word "Chaadar," scarf in English, which was "a common saying which is never aimed to offend the highly valuable place of women in the country."

President's comments received heavy criticism for being "sexist", suggesting those who cannot prove their claims are as inferior as women.

Many social media users took his comments to Twitter, accusing Ghani of misogyny and discrimination against women. Afghan MP Fawzia Koofi tweeted that regarding the headscarf as an act of shame by elite politicians proves that Afghanistan is a male-dominated country.

Why wearing scarf z regarded an act of shame among so called elite politicians our political literature is still man dominated I was surprised to hear from @ashrafghani inviting those who can't proof their claim wear scarf as an act of shame.Am proud of my scarf as part of my ID pic.twitter.com/HH8qLfxUOc

Lesson for the misogynist Afghan President @ashrafghani & his tribalist nationalist supporters: Never ever use women's choice of self-expression as a tool to throw insults or shame other people. Such remarks may make the likes of Trump happy in the west, but not in Afghanistan. pic.twitter.com/ToY5dFogha

An Afghan man lives his entire life in the West, married an American woman, claims he is world second renowned thinker then calls his opponents "women" and tells them to wear scarf. He is Ashraf Ghani, the misogynist Kochi man.